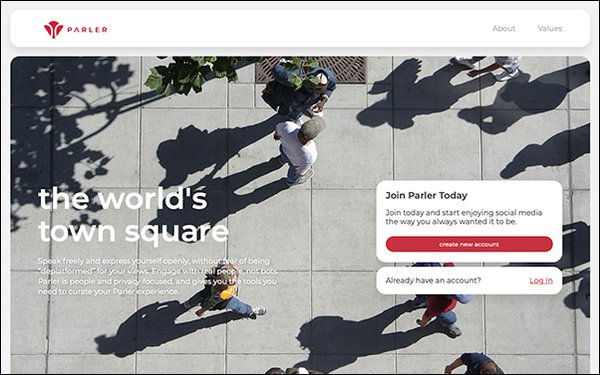 Social media platform Parler came back online Monday, one month after it was taken down by prior host Amazon Web Services.

Parler stated Monday that it will be “built on sustainable, independent technology and not reliant on so-called 'Big Tech' for its operations.”

Meckler was recently tapped to serve as interim head of the company, replacing former CEO John Matze, who was ousted last month.

The company reportedly is now being hosted by SkySilk, a cloud hosting company in the Los Angeles area.

Last month, Parler unsuccessfully sought a court order that would have required Amazon to restore service.

Parler claimed in court papers that Amazon acted anticompetitively by “severely restraining commerce in the microblogging services market,” and that Amazon had violated a contractual provision giving Parler up to 30 days to remedy a breach in the terms of service.

Amazon countered that it took Parler offline due to its failure to remove material that threatened public safety, including speech that incited and planned “the rape, torture, and assassination of named public officials and private citizens.”

Amazon added that Parler “was used to incite, organize, and coordinate the January 6 attack on the U.S. Capitol.”

U.S. District Court Judge Barbara Rothstein sided with Amazon, ruling that it isn't obligated “to host the kind of abusive, violent content at issue in this case, particularly in light of the recent riots at the U.S. Capitol.”

Parler stated Sunday that it will delete any content that “threatens or incites” violence.

Parler said also will offer a filtering tool that allows users to decide whether or not to view certain objectionable content.

“We have implemented a 'trolling' filter, narrowly tailored to detect content consisting of personal attacks based on immutable or otherwise irrelevant characteristics such as race, sex, sexual orientation, or religion,” Parler stated. “Those wishing to view this content may do so by clicking the “trolling” splash screen; alternatively, those who wish to remove this content from their feeds entirely may turn on the global filter.”