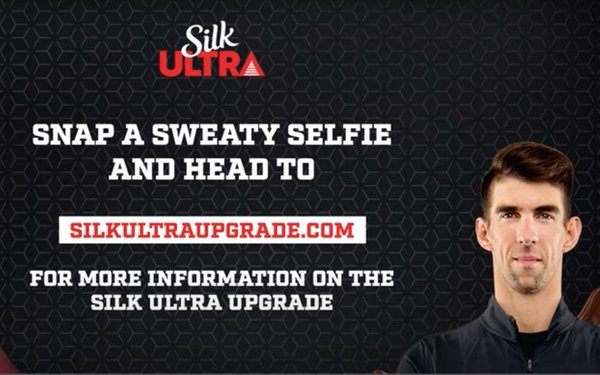 Animals in the wild don’t have to eat meat to become muscly “beasts”—and neither do uber athletes Aly Raisman and Michael Phelps.

That’s the message behind the Olympic champions’ exercise- and wellness- based campaign for the launch of soy-based Silk Ultra, which contains 20 grams of plant-based protein.

In spots titled “Power” and “Beasts” from the Lightening Orchard agency, Raisman and Phelps are juxtaposed with images of elephants, rhinos and other animals cavorting in their natural habitat and eating plants. The voiceover explains that the humans are getting “power protein from plant-based Silk Ultra.”

The spots are running on various digital platforms and streaming services like Hulu.

At the core of the creative idea are misconceptions about the link between eating meat and becoming physically strong, according to Andrew Hartshorn, Silk senior vice president, plant-based food and beverages.

“So the idea is to highlight some of the beasts in nature who just consume [foods] that are very strong themselves,” Hartshorn tells Marketing Daily.

The target audience is people who are interested in health and wellness but not necessarily from a performance standpoint—as reflected by the life stages of Raisman and Phelps.

“Michael and Aly are in this great spot in their careers where they’re obviously established as incredible athletes and therefore have relevant expertise,” says Hartshorn. “They themselves are a little more interested in holistic health and wellness versus performance. So it’s relevance for the audience, and credibility.”

According to data from IRI, dollar sales for whole milk were up 8.7% during the 52 weeks ended Nov. 29, 2020 while unit sales rose 2.0%, as reported by Dairy Foods. Private-label brands were ranked #1.

Since its soy-based introduction in 1996, Silk has expanded to almond, cashew and coconut iterations. While soy lost some of its luster along the way, Hartshorn says "consumers are less interested in the base and more interested in the benefit.”

Raisman and Phelps are also front and center in Silk Ultra’s “Upgrade” challenge, in which people can “unleash their inner-beast mode” by completing one of two 10-minute, high-intensity, exercise sessions.

Winners will receive gym gear with which to work out at home, plus a supply of Silk Ultra.