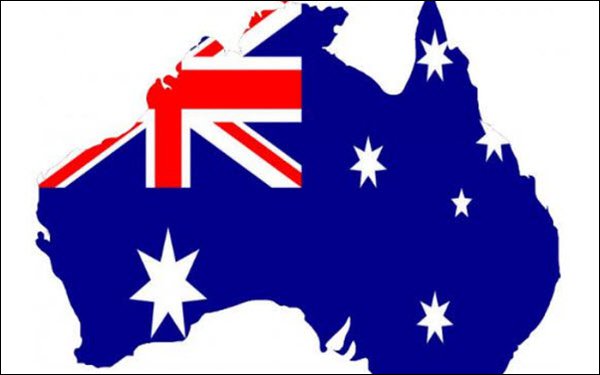 Following through with its threats, Facebook has moved to ban publishers and users in Australia from sharing or viewing any news articles on its platform in response to the government’s proposed media bargaining laws.

The code, which will require social media companies to negotiate payments to media for using their content, passed the country’s house of representatives on Wednesday night, and is expected to pass the senate and become law as soon as next week, reports The Sydney Morning Herald.

Content on Facebook pages from the websites of that newspaper and many others were blocked from user access as of early Thursday. Government agencies’ Facebook pages—including those of health agencies involved in implementing the country’s COVID vaccination program—also appear to have been blocked.

Australia’s Communications Minister, Paul Fletcher, said that Facebook’s move will not stop the government from passing the code, adding that by dropping authoritative news outlets’ content, Facebook will only become more subject to spreading misinformation.

Facebook first threatened to cut off its newsfeed in Australia in reaction to the proposed law back as September.

William Easton, Facebook managing director Australia and New Zealand, announced yesterday in a blog post that the company would be restricting “publishers and people in Australia from sharing or viewing Australian and international news content.”

“The proposed law fundamentally misunderstands the relationship between our platform and publishers who use it to share news content,” Easton asserted, repeating Facebook’s arguments during recent months. “It has left us facing a stark choice: attempt to comply with a law that ignores the realities of this relationship, or stop allowing news content on our services in Australia. With a heavy heart, we are choosing the latter.”

Facebook had during the past two weeks been in talks about content payment with news companies including News Corp Australia and Nine Entertainment, but the talks stalled in the past few days over specific provisions, reports The Herald.

Hugh Marks, Nine’s outgoing CEO, said Facebook’s decision was “a real shock,” given the continuing negotiations, and serves to demonstrate why the code is needed.

“You will have also seen this morning that Facebook has used its powers to change its algorithms in a way that punishes Australian news media,” News Corp Executive Chairman Michael Miller wrote in an internal memo obtained by The Herald. “This is a move that clearly encourages fake news over reliable news and demonstrates the extraordinary market power Facebook holds. While we are disappointed in Facebook’s moves today, we have had months of discussions with them to date, and we will continue to do so.”

The country’s Treasurer, Josh Frydenberg, said that Facebook CEO Mark Zuckerberg had raised more issues with the code during their recent discussions, but added that he intends to continue to try to work out their differences.

Just yesterday, News Corp announced a three-year deal with Google that it says will ensure that it will receive “significant payments” from the search giant for its news sites' content worldwide, including Australia.

That deal is already being criticized by some as serving the interests of two giant companies while obfuscating the dangerous power Google and giant social platforms have over smaller media.

The News Corp agreement was preceded, last week, by Google’s announcement that it had struck a content deal with other publishers involving the launch of a platform offering paid news content.

The initial publishers featured in the launch (such as The Canberra Times and The Illawarra Mercury) were among the first globally to sign up, according to Kate Beddoe, head of news, web and publisher product partnerships at Google. Starting last Thursday, several Australian publishers are being paid to provide content for News Showcase.

But it continued to threaten to shut down its search engine in Australia -- and actually did block some major Australian news sites from search results for a time before it worked out its deals in that country.

In the United States, the News Media Alliance, which includes News Corp., said it expects to reintroduce the Journalism Competition and Preservation Act into the current congressional session. The act would allow media companies to bypass antitrust hurdles and negotiate collectively with tech platforms.

However, a New York Times report argues that Google's content-payment deals in Australia are unlikely to lead to such deals in the U.S. Australia's conservative legislators are aligned with News Corp, the country's dominant media company. But in the U.S., "journalism seems to have fewer friends in the halls of power" and "regulatory momentum has been moving in other directions, focused on potential antitrust cases or legislation that would hold companies accountable for what is posted on their platforms," notes The Times.

In yesterday’s blog post, Facebook’s Easton again argued that Facebook’s scenario is different than that of Google and other platforms:

“This discussion has focused on U.S. technology companies and how they benefit from news content on their services,” he wrote. “We understand many will ask why the platforms may respond differently. The answer is because our platforms have fundamentally different relationships with news. Google Search is inextricably intertwined with news and publishers do not voluntarily provide their content. On the other hand, publishers willingly choose to post news on Facebook, as it allows them to sell more subscriptions, grow their audiences and increase advertising revenue.”

“In fact, and as we have made clear to the Australian government for many months, the value exchange between Facebook and publishers runs in favor of the publishers — which is the reverse of what the legislation would require the arbitrator to assume.”