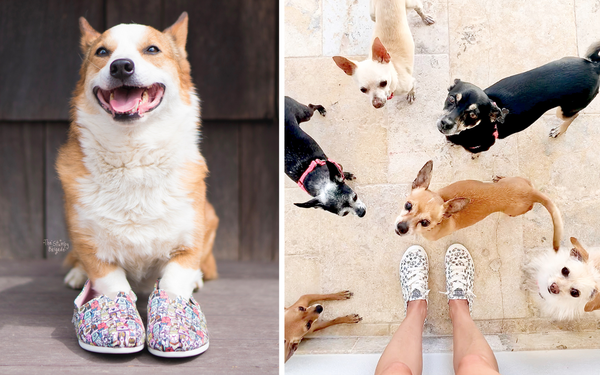 Through its partnership with Petco Foundation and animal welfare organizations, Skechers has donated more than $6.2 million to help save and support over a million shelter dogs and cats in the United States and Canada.

For every Bobs from Skechers item purchased in the U.S., a donation is made to the foundation and its 4,000+ shelter and pet adoption network. Bobs also launched in Canada in January 2020; for every purchase made in that country, a donation will support Canada’s shelter dogs and cats.

More than $2.7 million of these contributions have benefited thousands of animal organizations through the Petco Foundation. Early in the pandemic, Skechers announced it was stepping up with a critically needed $509,000 donation.

From its inception, Bobs from Skechers had a focus on giving back, first to children in need with new footwear, and then in 2015 to animals in need, says Michael Greenberg, president of Skechers.

“To see us reaching these milestones in a year this challenging speaks volumes about our consumers’ engagement and belief in the Bobs movement,” Greenberg says in a release.

Many people in isolation have found comfort in the unconditional companionship of shelter pets due to the quarantine, says Susanne Kogut, president of Petco Foundation.

“Pets change our lives for the better—and the past year definitely served as a reminder that they make our world a better place,” Kogut says in a release, adding that the partnership with Bobs from Skechers is essential to the nonprofit’s goal of saving pet lives through adoption and medical care.

Initially a philanthropic collection of slip-on styles that donated new shoes to children in need, the Bobs from Skechers movement has grown to help protect shelter animals through a diverse collection of sandals, sneakers, boots and slippers, including collaborations with Doug the Pug and James Goldcrown.

Bobs has also expanded beyond footwear to offer apparel and accessories, from tops and bottoms for pet lovers to pet beds and harnesses at Petco.com.