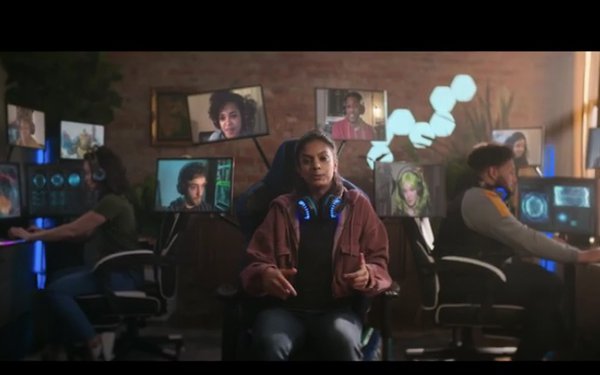 It pays to know people -- and a new payment deal from the prepaid wireless provider called Visible depends on that home truth.

A unit of Verizon, Visible just launched a new ad campaign that promotes its new referral plan that could lower a user’s bill to as little as $60 a year.

The pitch goes like this: If you’re a Visible user and get a friend to use a code you provide to sign up for Visible service too, your $25 monthly bill goes down to $5 for a month. Add 12 friends over the year -- and, well, you do the math.

There’s some fine print, but not much. That $25 monthly charge assumes you and at least three others have enrolled in Visible’s Party Pay, so that all four pay $25 each for an unlimited plan. Unlike Verizon’s old Friends and Family plan, Party Pay doesn’t care if the other members are family, or are not even that friendly.

A customer knocks that cost down to $5 for a month by finding more people to sign up. It’s a little like a friendly pyramid scheme.

The ad shows a gamer explaining how the deal works, surrounded by a couple of friends working on computers as she speaks, and then several more we see remotely via other screens.

Pearl Servat, Visible’s head of brand marketing, says the campaign was meant to depict life in these pandemic times when meeting up with friends is a mix of real and remote.

And she noted, via email, that the ad came about because Visible noticed the odd way many people signed up to be members of a Party Pay foursome.

“People are finding each other on social media, and a big portion of people who are in parties together didn’t even know each other before joining the plan together,” she said. “There are even 13,000 members on aVisible subReddit  that exists for the sole reason of helping people join up for a party. So we already know that our audience is online and wanting to join up to share savings.”

Prepaid phone plans often attract users who can’t or won’t subscribe to fuller plans from Verizon, AT&T or T-Mobile, possibly because they don’t use their smartphones that much, or just can’t afford it.

Because Visible uses the Verizon infrastructure, the service is pretty much the same 4G LTE and 5G service. But as some consumer websites that follow the smartphone and wireless industries point out, Visible video only streams at 480p -- fine,  but not optimal.

Also there is no physical Visible store, or a human being at the end of the phone. Customer service happens via chat and you can even activate your phone that way.

That may be off-putting -- but Servat says Visible has been way ahead on the ecommerce front, even offering an “eSIM card” so customers don’t  have to physically go out to buy one.

“We’ve been all-digital from the start -- so in a world where everyone is turning to ecommerce out of necessity, it’s something we’ve been doing, and perfecting, for almost three years,” she said.

“It’s why our launch of eSIM was so important. While other carriers offer eSIM, we’re able to leverage this innovation which allows you to set up your phone from home, in as little as 15 minutes, without going into a store in a way no other carrier can. It’s more proof that we have a built-in audience that likes being online, and that’s something we want to speak to.”