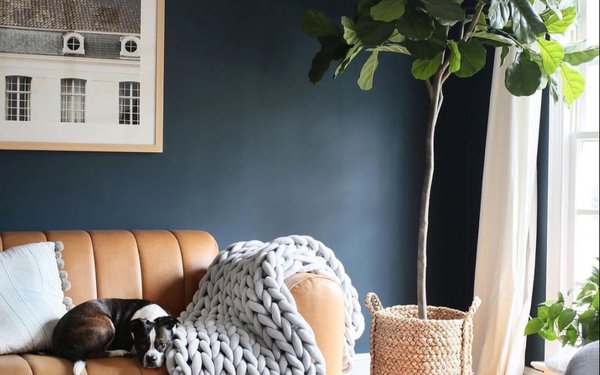 Both Etsy and Wayfair just released solid sales gains for the fourth quarter, proving that their strength last year goes well beyond facemasks and home-office fixes.

The Brooklyn-based Etsy says gross sales hit $3.6 billion, a 118% jump from the prior year, while revenue climbed to $617 million, a gain of 129%. It now includes 4.4 million active sellers, a 62% gain, and those sellers saw an average increase of 22% in sales. It reaches 82 million active buyers.

Etsy credits strength in non-mask categories, successful marketing and product initiatives and an extended holiday season. On Small Business Saturday, its best day, sales jumped 150% from the prior year. The company, which says it is increasing its marketing spending, predicts similarly strong results for the first quarter.

Wedbush Securities calls the results "exceptional,” noting that it is the only ecommerce/marketplace company it covers, accelerating growth in the first quarter, with sales still climbing in triple digits.

And while many people stormed Etsy sellers for handmade facemasks throughout 2020, there's a notable shift, writes analyst Ygal Arounian in his note on the results. Non-mask sales accelerated from a 93% gain in the second quarter and a 118% increase in the third quarter. "Etsy is seeing multiple signs of improvements in frequency, something we have pointed to as a critical component of its opportunity to see growth even after a record year."

About 50% of those who bought a mask in the third quarter returned in the fourth to purchase something else. And 11% of third-quarter repeat buyers (those who made two purchases) became habitual buyers in the fourth, making six or more purchases and spending upwards of $200.

"We continue to see Etsy as a large beneficiary of the shift to e-commerce, not just in the near term but over the long-term as well," Arounian says. "With four quarters of triple-digit growth and the strongest new buyer growth within our coverage, we see Etsy as well-positioned to hang on to its gains and continue to take share of ecommerce, particularly as ecommerce trends have become more entrenched with the length of the pandemic's impact."

Wayfair's revenues came in slightly below expectations, but it still has plenty to crow about, with fourth-quarter revenues rising to $3.7 billion, an increase of 45% from the prior year. Those gains come from 31.2 million active customers, a 54% gain.

"As we look beyond the pandemic period, we are confident that our long-term orientation and years of investments should translate to compounding share gains and increasing profitability in a rapidly growing e-commerce market," says Niraj Shah, CEO, co-founder and co-chairman, in the announcement,

The Boston-based company says consumer demand for the home category remains strong. It is continuing to invest in differentiated shopping experiences as consumers become more sophisticated about ecommerce options.

That continues to impress some Wall Street observers.

"We remain positive on the long-term story, with growth driven by the secular trends towards online," writes Kunal Madhukar, an analyst who follows the company for Deutsche Bank. "Wayfair, with its unrelenting focus on customer experience, unparalleled selection, and the ability to drive leverage with scale, should be a key beneficiary."

Early on in the pandemic, it had a significant advantage as consumers became increasingly focused on home improvement. The options for physical retail shrank dramatically as brick-and-mortar stores closed.

And the company's continued growth so far in the first quarter is encouraging, writes Seth Basham, who follows Wayfair for Wedbush Securities. "While uncertainty beyond the near term remains, we see at least 45% year-over-year revenue growth in the first quarter, and are comfortable forecasting double-digit revenue growth" for the remainder of the year, he says. And with continued tailwinds from the housing market, additional fiscal stimulus and consumers' increasing willingness to choose ecommerce for home furnishings, "Wayfair is cementing its reputation as the leading online home goods retailer."