Management Transition At Initiative As Armstrong Is Upped To Global CEO 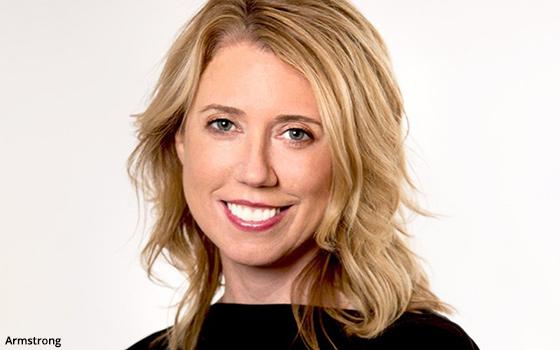 Initiative U.S. CEO Amy Armstrong has been promoted to Global CEO of the Interpublic media agency.

She succeeds Mat Baxter, who is moving to the role of Global Chairman at Initiative through 2021. The company said he will then remain at the holding company in an unspecified new leadership role.

Armstrong has held the U.S. CEO role since 2016 and is credited with driving revenue growth as she focused on “transparency, consistency, and fostering a high-performance culture.”

Armstrong and her team brought such new clients to the agency as Liberty Mutual, Nintendo, Gilead, and, late last year, the massive $2 billion T-Mobile media account.

She is also credited with revamping the agency’s recruitment process to better foster diversity and inclusion.

Philippe Krakowsky, CEO of IPG credited Baxter with transforming Initiative during his five-year tenure as CEO, noting that clients are increasingly “turning to the network for advice and solutions across a broader range of marketing challenges. We’re excited to have him look at other areas of our portfolio that he can help transform and elevate.”

The promotion of Armstrong, Krakowsky added, “ensures that the positive trajectory for Initiative and its clients can continue.”

Prior to joining Initiative Armstrong ran sibling media network BPN Worldwide and served as President of ID Media. She began her career with IPG at FCB, where she worked in the media department.