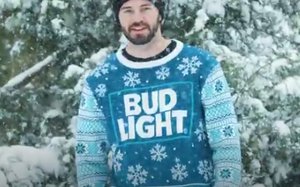 Beer drinking is often a social activity, so it’s not surprising that beer makers and other alcohol brands are aggressive users of social media.

And while social media can be a great equalizer for brands -- craft beers can get a lot more buzz than their actual market share might indicate -- bigger is still often better.

BrandTotal, a real-time media analytics platform, is preparing a new “competitive snapshot” study based on beer brands it charted from Nov. 1 last year to Jan. 24 this year, a time period that includes three big holidays, college football bowl games and the run up to the Super Bowl.

In other words,  it’s a great time for beer brands.

During that period, Constellation Brands’ Corona beer had a 17% share of voice across all social channels, followed by Miller Lite (15%) and Coors Light (13%).

But here’s where big matters. Though beer superstar Bud Light ranked fifth in overall paid share of voice in social media among beer brands, it led all others in total consumer engagement, with 86,000 comments, shares and “likes.”

How did that happen? The report says, “The top engaging ads for the brand came from organic content, indicating that Bud Light has a strong community. Its New Year’s live stream show with Post Malone and other performers was the most engaging content, as well as giveaways and the launch of new seltzer flavors.”

Corona, though, was second in the ranking of consumer engagement, with 82,000 comments, shares and "likes" -- mostly through Instagram, which BrandTotal says is overall the biggest exposure space for beer brands.

One interesting trend was that Bud Light led competitors in social media marketing that stressed the ability for consumers to get holiday packs delivered to their doorstep. BrandTotal said it was “evident the brand used a hyper-targeted approach to reach and test different audiences.”