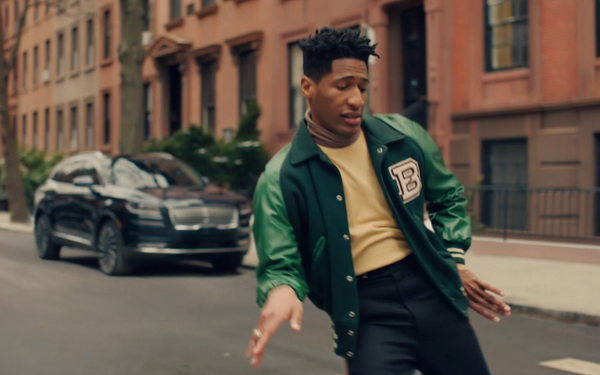 Lincoln is breaking new work on the Grammy Awards Sunday and is also partnering with The Weather Channel for sponsored content.

A 60-second spot from AOR Hudson Rouge featuring Golden Globe Award winner Jon Batiste and the 2021 Nautilus premieres during the 63rd annual Grammy Awards on March 14, with Lincoln a sponsor.

Shot in New York, the spot shows the jazz musician parking his Nautilus using the vehicle’s signature piano key shifter while humming along to a song streaming through the Revel audio system. Batiste approaches a crosswalk, and realizing that it too resembles a piano, breaks out into dance while creating the singing melody of his lead single “I Need You” from his new album “We Are.”

To help launch the Lincoln Corsair last year, Batiste played a role in “Chart Your Course,” a music-centric campaign and songwriting competition.

"We have very similar ideals when it comes to creativity, craftsmanship and connectedness," Peterson tells Marketing Daily. "Our common goal for this piece was to show that inspiration can be found in a variety of forms and places, and to celebrate the new Lincoln Nautilus.”

At the heart of Lincoln and its positioning around providing a sanctuary for its drivers is this sense of empathy — the automaker pays attention to all the little things that help their drivers and owners to be at their best, says Jon Pearce, global chief creative officer of Hudson Rouge.

“That’s such an optimistic view on the world, and I think as far as celebrities go, Jon Batiste is one of the most optimistic and warm human beings around,” Pearce tells Marketing Daily. “All those positive vibes come out in his music.”

Music plays a central role in uniting Lincoln and its owners, and this work showcases how sanctuary can inspire, he adds.

The automaker is also debuting a partnership with The Weather Channel that aligns  Lincoln SUVs with three extreme weather conditions: cold, rain and heat. Three long-form videos, themed “Comfort in the Extreme,” will feature The Weather Channel meteorologists as they travel and find comfort and sanctuary from the elements in a Lincoln.

The agency has also created a series of 30-second spots around the themes of cold, rain, noise and heat that will be in rotation during the Grammys. 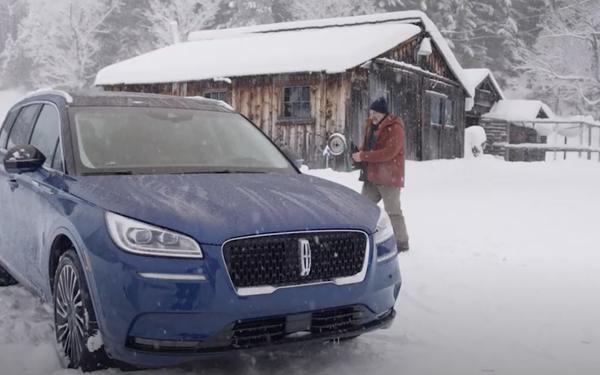