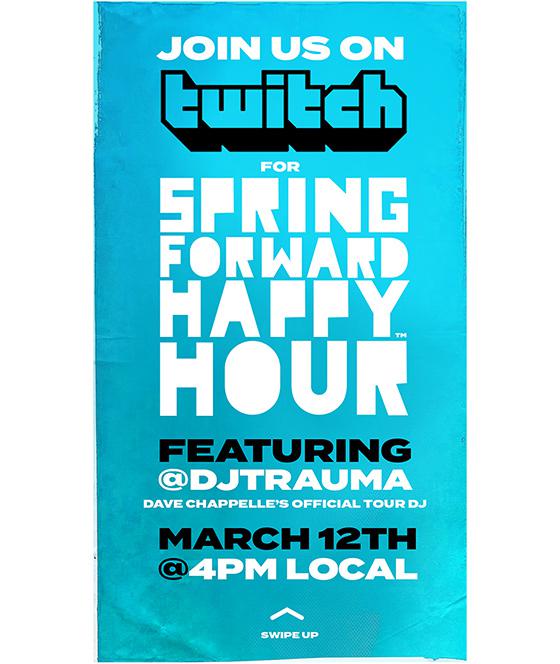 The idea is part of a formal initiative by the agency to change this annual “jump clocks ahead” into a treat so instead of losing an hour of sleep, people lose an hour of work.

The agency has filed a petition at Change.org to move the official DST time change to 4pm on the second Friday of March instead of 2 am on the second Sunday in March. At press time, the call-to-action has received 58 of the desired 100 signatures.

The agency is helping to support this project with a social media and influencer campaign and through a dedicated website.

Friday’s three-hour virtual event will be hosted by DJ Trauma live on Twitch. The event — open to everyone — will feature special guests and will be sponsored by Chicago-based Harold’s ‘83 Honey Ale, a Black-owned and created craft beer named after Chicago’s first Black mayor, Harold Washington.

“With longer days and warmer weather, we believe people are looking for safe and responsible reasons to celebrate,” explained Matt Reinhard, Chief Product Officer at OKRP. “But changing clocks ahead in the middle of the night this coming Sunday isn’t one of them - unless we all rally to change our clocks on Friday at 4PM to start the weekend an hour earlier.”