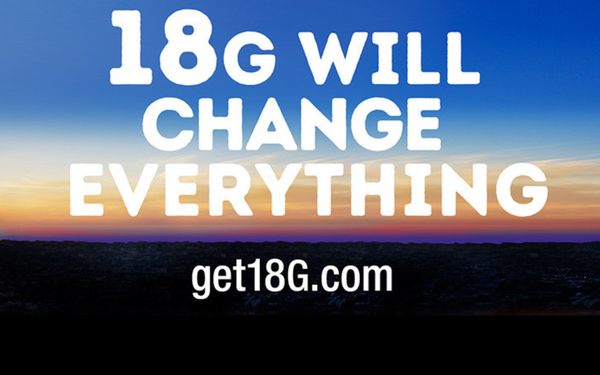 It’s not every day a company introduces a new food product without telling people what the product is or who’s launching it.

It might seem even stranger to try generating awareness for a new, protein-packed cookie by leveraging the megamillions that companies like AT&T and Verizon are spending  to promote 5G, the fifth-generation technology standard for broadband cellular networks.

But staying anonymous while exploiting the awareness of 5G was how Lenny & Larry’s chose to launch its new cookie, The Boss, a treat that has nothing to do with telecommunications, but happens to contain 18 grams of plant and dairy proteins.

It was part of a “stunt-then-reveal” launch strategy conveyed across digital channels, public relations and digital OOH billboards. In addition, Lenny & Larry’s has its first celebrity endorser, stunt woman Jessie Graff of NBC’s “American Ninja Warrior,” in this spot.

Agencies involved in The Boss campaign are Centro, Konnect Agency and Source.

In 1993, Lenny & Larry’s was an early adopter of the burgeoning protein-food trend when it introduced a protein-infused muffin. Its distribution exceeds 105,000 retail doors.

In this interview—edited for brevity and clarity—Lenny & Larry’s vice president of marketing Megan Crossland talks about the target audience for The Boss and why it used digital OOH billboards in select markets where retailers had the new cookie in stock.

CPG FYI: So the “stunt” element was sending out an anonymous release on PRNewswire announcing that “18G is coming” and spreading that message across digital and OOH. How did the concept come about?

Crossland: We felt like it was an interesting way to launch the product by way of the very common discussion happening right now in the wireless world around 5G. There’s just so much advertising around it.

CPG FYI: The average consumer has no idea what 5G really means, right?

Crossland: Right. But they certainly have seen the advertising, given those [communications] companies and their media budgets. [We] wanted to punch above our weight and get into the conversation that way.

Crossland: Within nutrition bars, one way to develop credibility with consumers is the grams of protein. There are people who are looking for very specific levels of proteins—and we knew that 18 grams was a very important differentiator for us. We felt we had the chance to create a stunt around how much bigger 18 grams is versus 5.

CPG FYI: Who is the campaign designed to reach?

Crossland: We refer to our target audience as spartan snackers. They’re very avid fitness enthusiasts. Also, they tend to select from within a certain repertoire of foods, so they’re not the most experimental folks. Once they find something that works for them, they tend to stick with it.

CPG FYI: Nine days after the “stunt” messaging came the 18G and The Boss “reveal” across the same media platforms. Tell us about the OOH billboards, that cited a website landing page.

Crossland: It was all digital billboards because we needed the immediacy of the ability to switch the media out at the point where we were revealing nationwide. Key markets for out-of-home were L.A., Dallas, Boston, Atlanta, Houston, Denver, Phoenix and Seattle. The reason we chose those markets was that when we looked at our early retail partners that would have [The Boss] in-store—like Kroger, Walmart and 7-Eleven—those were the markets where we knew the cookie would be on-shelf.

CPG FYI: How did you decide on Jessie Graff?

Crossland: We explored a couple of different options within the "American Ninja Warrior" group of contestants and knew Jesse was the right pick from the start. She was already a fan of our brand so she knew our Complete Cookie and [she] even had some video of her climbing a wall with a Complete Cookie in her hand.