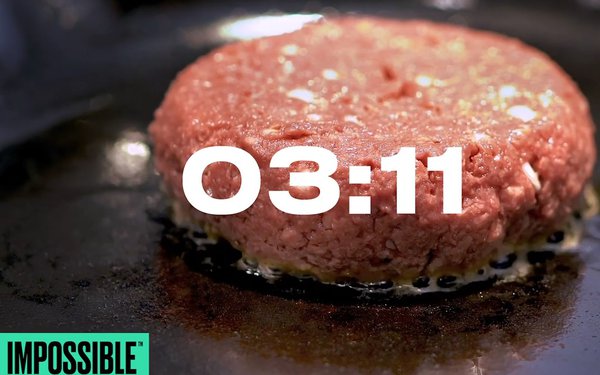 If the last two months are any indication, it’s going to be another interesting year for plant-based meat marketers Impossible Foods and Beyond Meat.

First, Impossible faces a challenge: On Jan. 28, the Center for Food Safety filed a lawsuit in which it accused the U.S. Food and Drug Administration of “dereliction of duty” for approving a genetically engineered color additive that it says enables the Impossible Burger to “bleed” like real meat.

In 2019 the FDA approved of soy leghemoglobin (heme), a color additive preparation that contains over a dozen yeast proteins.

According to the CFS filing, because genetically engineered heme is new to the human diet “and substantial quantities are added to the Impossible Burger, FDA should have required extensive safety testing before approving its use as a color additive, as required by law.”

This isn’t the first time Impossible has tangled with CFS, which Impossible describes on its website as an “anti-genetic engineering pressure group.”

In October of 2019, Impossible publicly accused CFS of spreading “lies” on social media while making accusations that the company was selling the Impossible Burger in grocery stores in violation of FDA regulations.

“The FDA was fully aware and supportive of our recent launch in retail stores,” Impossible said in response.

This time around, Impossible reiterated its assertion that the CFS is again spreading deception about the company. Impossible describes heme as “one of the most highly publicized and thoroughly scrutinized ingredients in modern history.”

One of Impossible’s recent YouTube videos is a 4:07 countdown showing a juicy burger sizzling in a pan on its way to becoming “the burger of your dreams.”

Meanwhile, there’s been mostly positive news of late for Beyond.

Additionally, Beyond has new collaborations with McDonald’s, PepsiCo and QSR giant Yum! Brands. But the short- and long-term potential of those deals is in a wait-and-see mode for a variety of reasons.

As reported last fall, when McDonald’s announced it would be launching plant-based products under the McPlant label, it did not mention Beyond—with which it partnered for a test of plant-based burger patties in Canada in 2019.

Beyond had noted that it was not pleased—given the awareness and trial boost McDonald’s could provide if Beyond was mentioned on the QSR’s menus and other materials—but played down the issue.

Last month, Beyond announced it had become the “preferred” (although not exclusive) supplier for the McDonald’s McPlant burger in a “strategic global agreement.” The same day, it announced an expanded collaboration with Yum! Brands that it labeled a “global strategic partnership.”

On a Feb. 26 earnings call with financial analysts, Adam Samuelson of Goldman Sachs asked Beyond founder, president and CEO Ethan Brown to expand upon the McDonald’s announcement.

Brown said the word preferred “is intentional on the McDonald’s side” while noting there are “ins and outs in to how we relate across the global chain.”

Pressed further by JPMorgan’s Ken Goldman about whether Beyond is okay with not being named on QSR menus, Brown responded that McDonald’s and Yum! restaurants will use the Beyond brand “in really interesting ways.”

He was similarly circumspect when asked to explain Beyond’s new joint venture with PepsiCo, The PLANeT Partnership, which involves plant-based proteins in beverages and snacks.

Citing competitive reasons, Brown said he could not share specifics about the scope and timing of the partnership’s first product launch.

Meanwhile, Beyond is preparing for the spring launch of its 3.0 burger iteration, which will take more aim at replicating beef and reducing saturated fat. The marketing will stress taste and health benefits—a departure from the company's ads focusing on taking more cows “off the table” and cultivating more plants.

“We have such a compelling story to tell around health now,” said Brown.