Netflix, ESPN Racked Up Most New TikTok Followers In 2020 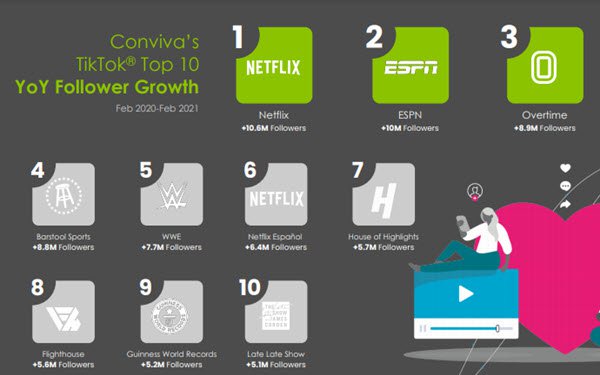 TikTok is now closing in on a billion monthly average users, with no signs of slowing down.

The 900 TikTok accounts for which data were collected over the period had combined followers of 612.7 million and gained a “staggering” 604,000 new followers, on average, according to the report.

Here are the top 20 accounts by numbers of total followers, with their follower adds, number of videos, likes and likes per video: 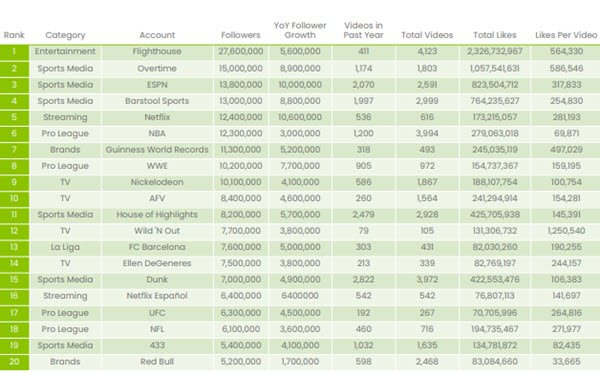 Gaming was strongly represented in the top 10 brand accounts (Roblox, Fortnite and Xbox). 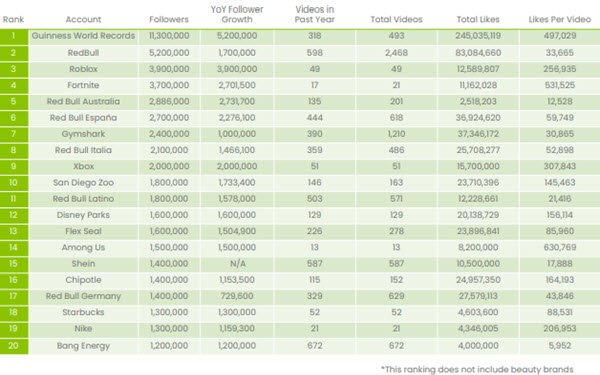 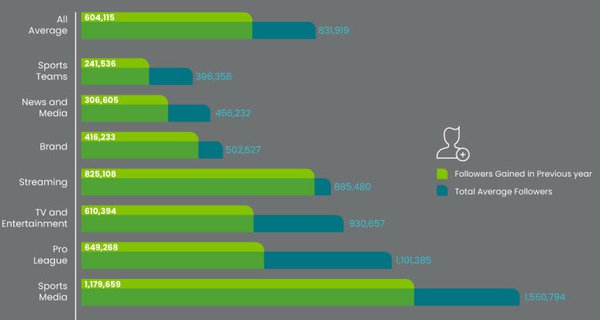 Streaming services as a whole — boosted in no small part by the pandemic-driven streaming boom — acquired the vast majority of their total followers within the last year. They also saw the second-highest category tally for new followers during that time, despite being fourth in total followers. 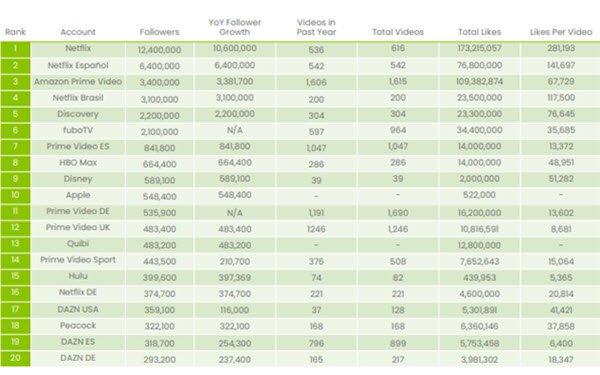 Pro leagues, which were early adopters of TikTok, averaged the second-highest total of followers, but — not surprising given pandemic-forced shutdowns of many sports — saw the lowest growth proportion of total followers of any category.

The most followed U.S. sports team was the Golden State Warriors (2.6 million), trailed closely by the Kansas City Chiefs (1.7 million). Those were the only American teams to break into the top 10 in the sports category.