Mondelez: Empathy Is The New Personalization 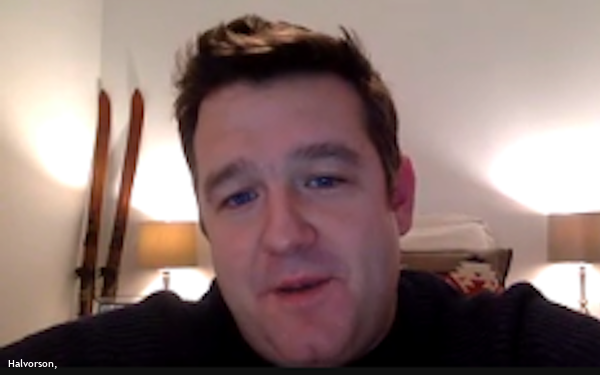 After overhauling its entire marketing strategy from a classic mass-marketing "one-and-done" approach to one of "personalization at scale," snacks and confections marketing giant Mondelez is transforming the way it goes to market once again, converting from personalization to "empathy at scale."

"Ultimately our [personalization] journey has really paid off, but we think it is time to go a step further," Mondelez Global Vice President of Consumer Experience Jonathan Halvorson said during a keynote Tuesday at MediaPost's virtual Brand Insider Summit: CPG, adding: "We call this empathy at scale."

Halvorson said the project -- which is only six months old --  is already yielding promising results, and has been deployed in several markets around the world, including for the Oreo brand in the U.S. and Southeast Asia, the Cadbury brand in the U.K. and the Silk brand in India.

He showed a campaign that Mondelez executed in India during Valentine's Day for its Silk chocolate brand showing "how far people would go for love."

In some ways, empathy-at-scale marketing is a "back to the future" strategy, because it is a return to the singular "Big Idea" concept, he said. But instead of versioning numerous personalized iterations of its creative and/or messaging strategy, it strives to unlock the underlying principles of empathy relevant to individual consumers.

"People are more than the sum of their data points," he said, adding, "We focus on getting to a big idea and we think about how personalization can unlock empathy."

Halvorson implied the shift from personalization to empathy was a necessary next step for the company, because he said many other CPG marketers have already caught up on mass personalization and there is less of a competitive advantage there.

He also indicated there have been some problems with personalization, including glutting creativity with too many executions that ultimately deprecate the idea and/or the brand. Still, focusing on what makes ideas relevant to consumers is the path to unlocking empathy at scale, he said.

He illustrated Mondelez's empathy playbook in two flowcharts showing how the marketer transitioned from mass to personalization and ultimately to empathy (see below), and how tactics differ for executing empathy@scale vs. personalization@scale (see bottom). 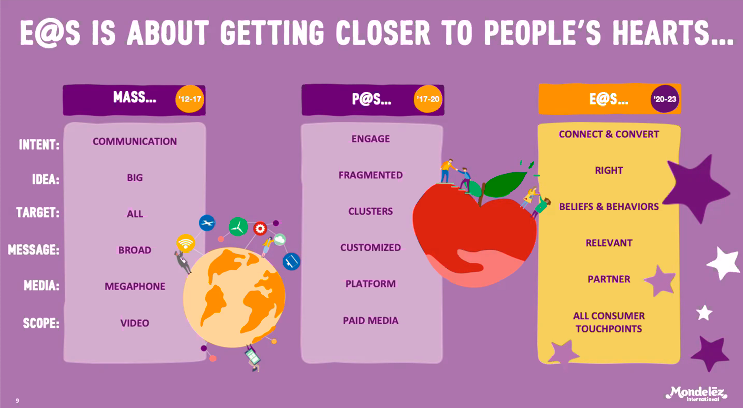 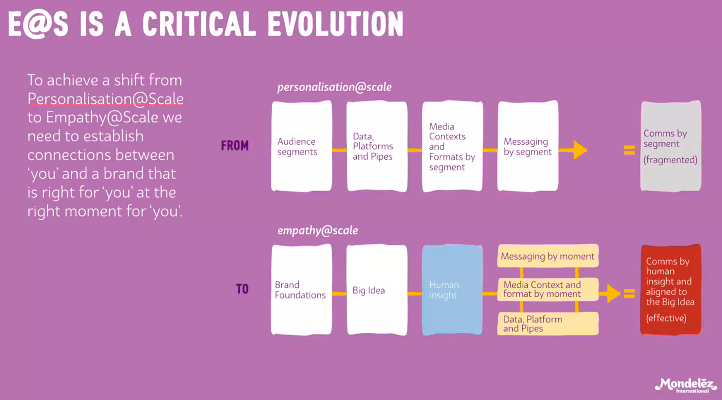