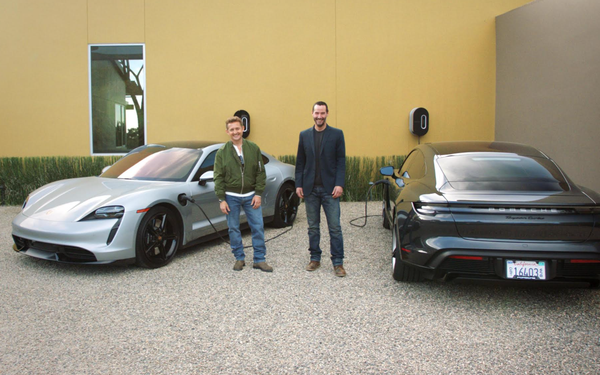 Porsche Cars North America is using a longform video featuring Keanu Reeves to educate viewers about the range and power of its new electric Porsche Taycan.

Reeves is joined by another actor, Alex Winter, in the 8-minute film, “Going the Distance,”  created by Porsche AOR Cramer-Krasselt.

Both actors are self-professed longtime Porsche enthusiasts. Reeves talks about how he once owned a black 911 Carrera, which he affectionately named “The Sled.”

The two embark on an epic road trip in southern California that features a test of nerve, skill and the new Porsche Taycan Turbo electric sports car.

Racer and stunt driver Tanner Foust makes a guest appearance for the first stop in the film, giving Reeves and Winter the chance to experience launch control in a Taycan Turbo on a closed-course road.

The two round out their experience on the Porsche Experience Center Los Angeles’ track, attempting to outdo the Taycan’s drift record.

The challenges were performed under supervision of professional drivers on closed courses.

The film premiered today on the Porsche YouTube channel.