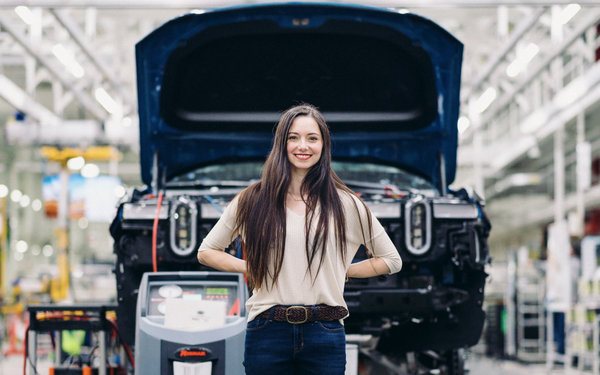 The Rivian showroom will be located in the hipster Brooklyn neighborhood of Williamsburg, close to the Williamsburg Bridge, per Automotive News. The 12,000-square-foot showroom will feature the R1T pickup and R1S SUV.

The California-based automaker is also planning nine other showroom locations, including Chicago and Laguna Beach, California, in addition to 41 planned service centers.

The direct-to-consumer model, similar to Tesla, means consumers can’t purchase from the showrooms. But the locations give potential customers a way to see the vehicles in person and potentially test drive them prior to ordering them online.

Rivian has developed a “guides” program featuring a team of Rivian owner/ambassadors who are available for future owners to question about the vehicle. A video on the automaker's website explains how they were chosen and how they will assist owners.

The electric automaker aims to deliver the first R1T pickups beginning in June and the R1S SUV in August.

The automaker has received financial backing from Ford Motor Co. and Amazon.

Rivian is developing 100,000 all-electric delivery vans for Amazon expected to be on the road next year.