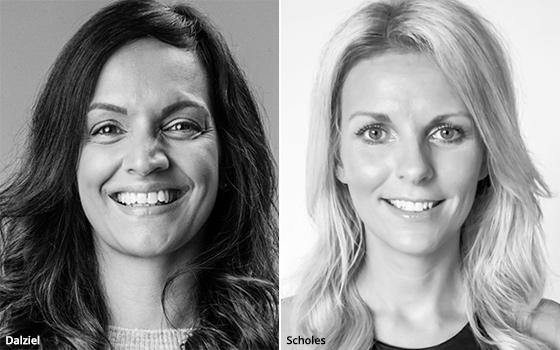 Momentum Worldwide’s President & Chief Marketing Officer Kevin McNulty announced the promotions in an internal memo noting that since joining the agency in 2002 Dalziel has “worn many hats, including Business Leadership, Project Management, Shopper Discipline, New Business, DEI and most recently Marketing & Communications.” Her abilities, he added, has “made her an indispensable asset to the agency.”

Scholes joined Momentum in 2010 as a senior account executive and worked in Business Leadership across Nestlé and Coca-Cola for the agency’s Shopper practice, McNulty noted in his memo. Later she worked with Dalziel in Marketing & Communications. She will continue to handle internal communications for UK, and in addition will support North America.

Both executives are passionate about diversity, equity and inclusion and set up a platform to tackle ageism in the industry – 40 Over Forty.