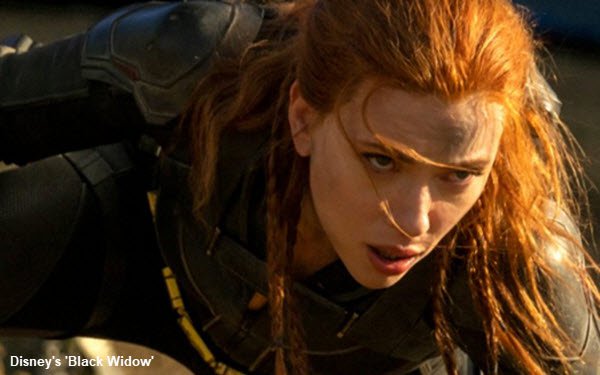 As they begin re-openings after a year of severely limited business in the U.S., movie-theater operators have been handed disappointing news by Disney, while Warner Bros. has forged a compromise agreement with one leading chain.

On Tuesday, Disney announced an overhaul of its 2021 movie-release schedule, along with a decision to launch two tentpole titles, “Black Widow” and “Cruella,” as $30-rental “premiere access” offerings on Disney+ simultaneously with their release in theaters.

“Cruella” will still be released on May 28, but “Black Widow” has been postponed from May 7 to July 9.

Marvel’s “Shang-Chi and the Legend of the Ten Rings” -- which has been bumped from early July to September 3 -- is expected to get a traditional theatrical release.

But the animated “Luca” will launch exclusively on Disney+ -- at no extra cost for subscribers -- on June 18, as “a special offering to kick off the summer season,” Disney said. (The movie will be released in theaters in international markets, with dates to be announced.)

Several smaller movies, mostly from Disney’s 20th Century acquisition, have been postponed, but will be released exclusively in cinemas, reports Variety. Those include “Free Guy” (August 13), “The King’s Man” (December 22), “Deep Water” (January 14, 2022) and “Death on the Nile” (February 11, 2022).

“By leveraging a flexible distribution strategy in a dynamic marketplace that is beginning to recover from the global pandemic, we will continue to employ the best options to deliver The Walt Disney Company’s unparalleled storytelling to fans and families around the world,” stated Disney Media and Entertainment distribution Chairman Kareem Daniel.

Disney described its recent release of “Raya and the Last Dragon” in theaters and on Disney+, with a premium fee, as “successful.” But that film’s box office revenue of $23.4 million in the U.S. and $71 million globally was modest by pandemic standards, according to Variety.

Meanwhile, also on Tuesday, Cineworld announced that its Regal Cinemas -- the U.S.’s second-largest movie chain -- will reopen on April 2, with attendance limited to 25% to 50% capacity in about 500 locations.

At the same time, Cineworld and WarnerMedia’s Warner Bros. — which was accused of blindsiding theater operators with its decision to release all its 2021 films on HBO Max simultaneously with cinemas — announced a multiyear deal in which Cineworld’s U.S. cinemas will have exclusive rights to show Warner Bros. movies for the first 45 days of their release.

The Cineworld deal doesn’t commence until 2022, but Regal Cinemas’ reopening is timed to coincide with Warner Bros.’ release of “Godzilla vs. Kong.”

While 45 days is half of the traditional 90-day theatrical window built in prior to online releases, Universal Pictures struck deals with AMC and Cinemark that require just a 17-day window.

"This agreement shows the studio's commitment to the theatrical business and we see this agreement as an important milestone in our 100-year relationship with Warner Bros.," stated Cineworld CEO Mooky Greidinger, adding that the chain will be able to operate profitably now that capacity restrictions “are being expanded to 50% or more across most U.S. states.”

However, capacity is still limited to 25%, or 50 or 100 people per screening, in New York City and Los Angeles, respectively.