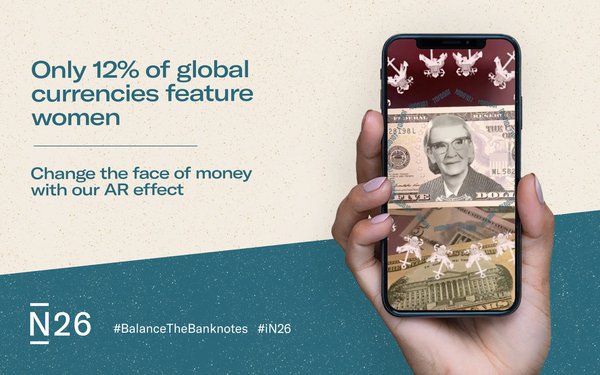 More agencies and brands are releasing their campaigns and endeavors to elevate women as Women’s History Month (WHM) wraps up.

This year, UM is introducing the female-focused "Uniquely Me" campaign to focus on the singular experiences women bring to the table; it ties into DEB’s 2021 theme of intersectionality. Women UMers were encouraged to share their stories with the prompt: “I am a(n) _____ & I am a Woman,” with highlighted stories featured via social media, as well as with video clips.

Over the past year, UM’s Diversity, Equity & Belonging (DEB) Council has been celebrating history and heritage months by running a “Uniquely Me” campaign, which highlights people from the UM community sharing quotes, images and stories they feel represent their culture, heritage and identity. Here is a link.

The UM community also created a U-Mpowerment playlist on Spotify, featuring music submitted by women employees.
Collectively, these WHM activations are more important than ever since they give us a “chance to learn more about the people we interact with daily and connect to on a more human level, which has been paramount throughout our year of working from home,” says Kristen McCarty, manager, portfolio management, UM Next.

Also, the Rape, Abuse & Incest National Network (RAINN) is teaming with creative agency MIRIMAR to examine the experiences of transgender survivors to help them obtain necessary resources. The Walk PSA, directed by Samantha Scaffidi of SMUGGLER, follows a young transgender women as social media threads of abuse display across the screen before with the message “RAINN is here for all survivors.” Here is a link.

ANA’s SeeHer initiative and agency Known are collaborating on the “Chain of Inspiration,” celebrating women who dared to break barriers and shatter norms by showing original rule breakers with their current counterpart, such as tennis icon Althea Gibson and Naomi Osaka. The spot features music from emerging artist Celeste. Here is a link. Known also developed a toolkit for marketers on behalf of SeeHer to share with their members and partners.

WNBA and Saatchi & Saatchi NY are recognizing female athletes, as well as helping the league celebrate its 25th anniversary season with the “Count It” campaign. The season-long event includes a commemorative video touting this anniversary, as well as new uniforms, a new game ball and a fan voting competition selecting top players. Here is a link.

Canada Basketball is partnering with Sid Lee for the first time to introduce the integrated “Mad Love” campaign about female athletes, with a focus on basketball players. The film inspired by conversations with female athletes showcases the grind, the hard wor, and the undying passion they have for the game. The creative seeks to reverse the traditional overshadowing by men’s basketball by showcasing the hard work and passion women have for the game. Here is a link.

M&C Saatchi is helping to make the UK streets safer for women with the “Good Guys Guide,” providing advice to men to make women more comfortable while walking outside. The seven rules include “Don’t walk behind her,” “Hood down, hands out" and “Cross the street.” The last rule, “Educate your mates” leverages British jargon to encourage men to help spread the word among their friends. The agency worked with nonprofits Solace Women’s Aid and Token Man to define the messaging and concept, with each organization now sharing it with their respective communities.

The Good Guys Guide is also available online, with additional activity running across social channels. Out-of-home will appear via 17 sites in “highly trafficked” routes, thanks to Ocean Outdoor.

To use the effect, users can scan a $1, $5 and $10 bill, as well as €5 and €10 euro banknote with their mobile devices using the Facebook or Instagram camera function. N26’s AR effect will superimpose the likeness of one of five significant women onto each of the notes; multiple notes can also be shown in the same frame. Featured personalities include Rosa Parks, Grace Hopper and Sojourner Truth on the dollar bill, as well as Emilia Pardo Bazan and Emmy Noether on the euro. The AR images and videos are encouraged to be shared using the hashtag #balancethebanknotes.

Finally, Berlin Cameron’s LLShe practice and 1Q are releasing research centered around gender equality. More than half of women ages 18-55 (53%) say brands should be talking about women’s issues all year long. A similar percentage (48%) feel that in order to make WHM more impactful, brands should implement internal programs to help female employees. One in three (33%) believe women’s issues can be solved by brands and companies, though most (73%) agree women’s issues can be solved by regular citizens.