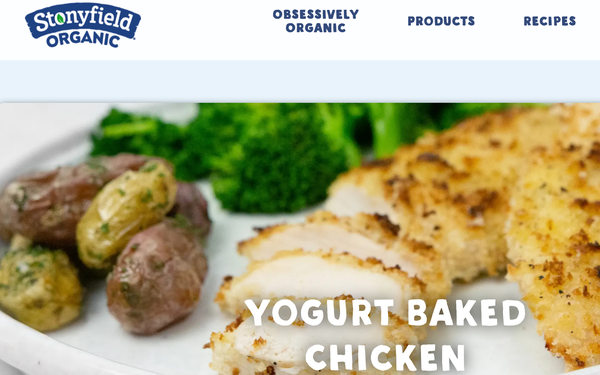 For CPG brands big and small, COVID-19 accelerated by light years the mashup of in-store and online marketing for which few brands—if any—were fully prepared.

Suddenly, grocery delivery platforms like Instacart needed to be front and center, while in-store product demos had to go virtual or be postponed indefinitely. And every consumer touch point—regardless of advertising medium—had to become shoppable ASAP.

These were some of the major takeaways from a session titled “The Virtual Endcap: Shopper Marketing Goes Digital” at the recent MediaPost virtual Brand Insider Summit: CPG.

Pre-pandemic, emerging cooking brand Freak Flag Organics—whose products include bone broths, pestos and condiments—had gotten into Whole Foods nationally, “and of course we thought we were going to be doing all these demos,” recalled founder and CEO Fred Haberman.

Instead, the company’s “demo team” pivoted to Social Nature, a company that recruits people who are interested in all things “green,” gives them coupons and has them post product reviews after their purchases.

“The big learning for us was taking demos online,” said Haberman.

Hostess Brands head of brand activation Lisa Mathison noted that “the act of discovery is changing” as more consumers have become comfortable shopping for groceries online.

Asked by moderator Denise Blasevick, co-founder and CEO of The S3 Agency, how best to capture impulse buying online, Mathison said, “It’s a great question, and I don’t know if we’ve really cracked the nut on that. Those of us that play in the impulse category are still trying to figure this out.”

Mathison called the rise of digital food delivery service goPuff and online convenience store channels like 7-Eleven’s Now “huge steps forward.” Because of the ubiquity of fast delivery, “convenience on its own is sort of everywhere now.”

For dairy brand Stonyfield Organic, it’s not just about meeting shoppers where they are, but “making sure that any touch point that you have with that shopper are opportunities to close that sale,” said senior shopper marketing manager Ali Dembishack.

In other words, “Having that Instagram post or that targeted Facebook ad become a shoppable moment where the shopper doesn’t even have to leave their couch or could add it to their list to complete their shopping trip.”

Stonyfield jumped on the trend of prompting people to make alternative versions of their favorite recipes—perhaps a healthier macaroni and cheese lightened with Greek yogurt.

“But at the same time also meeting shoppers where they are when looking for things that are a little bit more indulgent” like Stonyfield’s Brown Cow—a rich, cream-topped yogurt, said Dembishack.

“Our strategy is quite similar -- particularly with shelf-stable items like broths or our upcoming mac and cheese products where you can hack your mac and improve upon them, personalize them,” said Freak Flag’s Haberman.

Even though Hostess had been ramping up its ecommerce capabilities before the pandemic, the biggest surprise for Mathison was the boom in grocery ecommerce.

“We weren’t predicting these changes for another, three, four or five years," she said. Having the largest growth of grocery shopping be among boomers really tells me that we’ve gotten over the hump of sort of that nervousness that might have existed.”

Likewise, Instacart “was really not even in our realm of pieces that we needed to make sure we addressed,” said Dembishack.