How Much Broadband Service Is Enough? AT&T Exec Has Advice For Biden 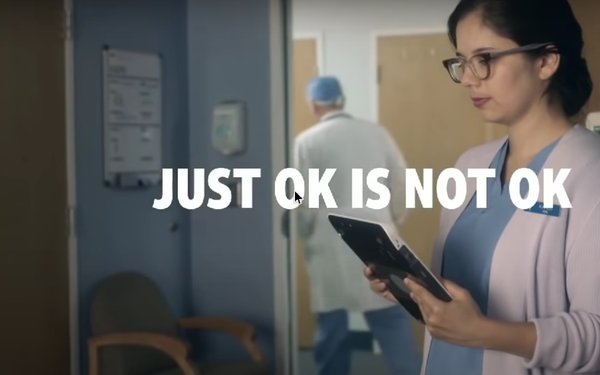 As President Biden prepares to unveil a massive and expensive infrastructure plan, wireless companies want to make sure the development of 5G isn’t left out of the picture, as an AT&T executive made plain last week.

“Accurately defining unserved locations is essential to efficiently targeting subsidy dollars to those areas most in need of connectivity, including sparsely populated areas where there are currently no fixed broadband solutions at all,” she wrote.

But, she continued, “What is less clear is whether we need to increase upload speeds to the same level as download speeds” mainly because in the vast majority of American homes and businesses,  download capability is needed far more than uploading, for everything from Zoom sessions for work, medical or school needs to gaming and other entertainment purposes.  But uploading? Not so much.

“A 5G  wireless expansion to unserved areas built on symmetrical speeds,” Marsh wrote, “could dramatically expand the locations deemed ‘unserved,’ leading to some areas being unnecessarily overbuilt while leaving fewer dollars to support areas in greater need, which tend to be rural.”

Various reports say infrastructure improvement plans in the Biden bill could allocate as much as $100 billion in spending on providing universal broadband service. Marsh’s prescription seems to suggest that unless allocated correctly, some of that spending could be a waste of money -- the company’s and the taxpayer’s.

Consumers will see how the Biden plan plays out soon. The White House is expected to unveil its own infrastructure vision this week with an expected price tag that could exceed $3 trillion. In a bill that big and with a divided Congress, that should make jockeying over component parts a big sport in Washington in the next several weeks.

Marsh’s statement contains a homey touch. “My home internet connection delivers service at 300 Mbps down but only 20 Mbps up, yet it is a service that has supported my household reliably throughout the last year,” she wrote, alluding to increased home demand for internet service during the pandemic.  “Overbuilding such solutions would needlessly devalue private investment and waste broadband-directed dollars.”

The tech website Urgentcomm aks,  “Should Biden go ‘full broadband”’ and require that every government-funded connection support 1 Gbit/s connections both on the uplink and downlink? Some former FCC officials argue this is the only way to ‘future proof’ Biden’s spending. Others, though, argue that a ‘good enough’ effort should be used in locations where Gig connections would undoubtedly cost tens of thousands of dollars to deliver.”