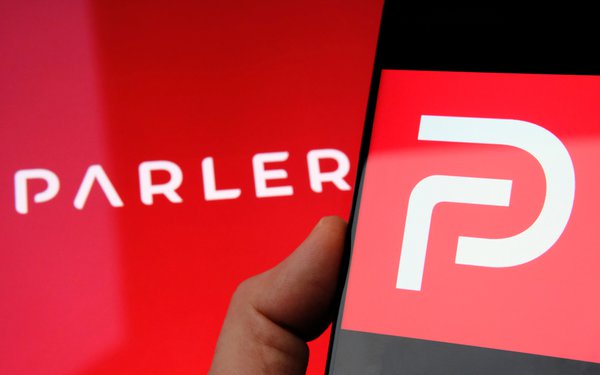 Republicans on Capitol Hill are questioning tech companies over their decision to take down Parler, a social network associated with prominent right-wing figures.

Sen. Mike Lee (Utah) and Rep. Ken Buck (Colorado) say in a letter to the tech company CEOs that their moves, which occurred within days of each other, “create the appearance of close coordination.”

“The timing of steps taken against the Parler social network by your companies and that the actions seem to lack any of the procedural fairness typically afforded in the case of an alleged breach of contract create the appearance of close coordination,” the lawmakers assert in a letter sent this week.

They ask Google's Sundar Pichai, Apple's Tim Cook and Amazon's Jeff Bezos a host of questions, including whether their moves against Parler were “taken independent of each other.”

The lawmakers also question the CEOs about their policies regarding content, as well as their procedures for suspending or terminating companies based on terms of service violations.

In January, Parler sought a court order that would have forced Amazon to resume hosting services. Parler argued that Amazon's move violated antitrust laws, and that Amazon breached its hosting contract with Parler by failing to give it 30 days to remedy violations.

Amazon countered in court papers that Parler violated the terms of service by failing to take down posts that encourage violence -- including speech that incited “the rape, torture, and assassination of named public officials and private citizens.”

U.S. District Court Judge Barbara Rothstein in Seattle sided with Amazon, writing that the company has no obligation to host “the kind of abusive, violent content at issue in this case, particularly in light of the recent riots at the U.S. Capitol.”

Since then, Parler filed a new lawsuit against Amazon, which is still pending in federal court in Seattle.