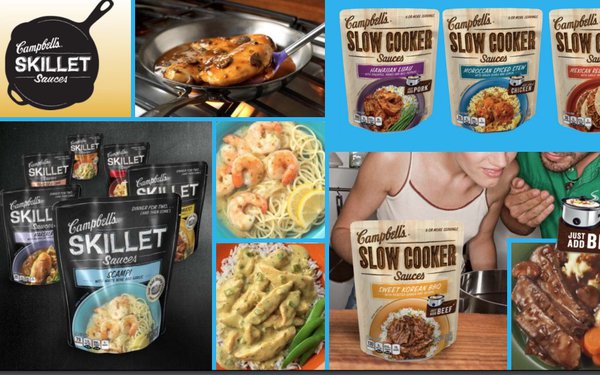 It could be a sticky year (in the good way) for publicly held CPG companies—but it’s way too early to tell.

Campbell Soup Co. is a case in point.

On Wednesday, Campbell said it was selling the Plum Organics baby food and kids snacks brand it acquired in 2013 to Sun-Maid Growers of California.

What financial analysts aren’t snoozing over is just how “sticky” consumers’ devotion will be to CPG brands they newly discovered during the pandemic.

According to a McKinsey & Company survey from late February, “2020 brought a shock to loyalty and consumers continue to expand their sampling of new brands and new digital shopping methods.”

Drilling deeper, McKinsey found that of the three quarters of Americans who changed their shopping behavior since COVID-19 began, around 40% have changed brands—with the level of brand-switching doubling in 2020 compared to 2019.

“Companies are scrambling to quantify the incremental customers they’ve gained while at the same time seeking ways to better understand the needs and motivations of these new consumers so they can keep them loyal,” Matt Kleinschmit, CEO of mobile messaging consultancy Reach3 Insights, tells Marketing Daily.

“The challenge of proving the stickiness of its customers and connecting with them is not new for CPG companies,” says Florian Kahlert, CEO of consumer insight platform Helixa. “Often they are three to four levels removed from the ultimate end customer. Standing between them and the consumer are often distributors, wholesalers, and retailers who are all protective of their own data.”

The issue of “stickiness” takes on particular significance given that publicly held CPG companies are starting to lap fiscal quarters from a year ago—periods in which for many, sales skyrocketed no matter what they did or did not spent on marketing and promotions.

Meanwhile, some financial analysts appear to be losing patience with a lack of clarity over “stickiness,” as evidenced by Campbell’s Q2 earnings call on March 10.

Clouse said that Campbell's has conducted “extensive consumer research in an effort to determine sentiment, model consumer behavior exiting the pandemic, and sharpen our plans to ensure the sustainability of our recent gains.”

About four out of five new users surveyed said they were “very or extremely satisfied with our brands,” and “will continue to count on our brands going forward,” said Clouse. "This gives us every reason to believe consumers will continue to purchase our brands well after the pandemic.”

That wasn’t specific enough for Barclays analyst Andrew Lazar, who sought “real-time data” that would quantify customer retention in regions or states where pandemic restrictions were being lifted.

“It's a little bit too early,” said Clouse, who went on to explain that Campbell's has created “essentially a bit of a map of the country in evaluating the specificity of different data points in conjunction with reopening.

“And so I would say it's too early to give you any conclusions, but we're set up well to read that as quickly as possible, make any adjustments we need and really begin to put some facts, specific facts behind some of those assumptions we've talked about.”

Said JPMorgan’s Ken Goldman: “It sounds like most of the work you've done on the stickiness side is still theoretical. But we're in such unique times that I just wonder how much rate we really should put on things like surveys at this point, just given that I don't think consumers necessarily know what they're going to do coming out of this.”

Clouse emphasized that the company’s surveys asked people about competitors’ products, why they wouldn’t continue to use Campbell products, and what the company could be doing differently.

“And we're using that very rapidly as we try to inform things like innovation as well as our marketing to try to really kind of go at those areas a little bit more head on,” said Clouse.

“I would just hope that as you think about guiding ahead and so forth, maybe it would behoove a lot of companies to not assume as much stickiness as they think will happen and then maybe surprise to the upside. But I will leave it there.”

So when will pertinent guidance be available?

“It could be as fast as four weeks for cereal if it's a weekly purchase cycle. But it could take longer for seasonal products. It all depends on how often people are in the category replenishing.