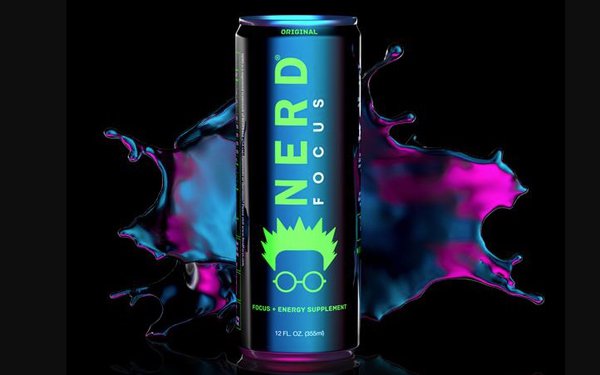 Back in 2006, the only people who thought that herbs called adaptogens and substances like nootropics might improve cognitive function could well have been considered nerds.

That’s when University of Texas at San Antonio student Vin Montes created Nerd Focus as an alternative to traditional energy drinks while studying his way to medical school.

Montes began selling Nerd from the back of a pickup truck around campus and to local convenience stores. Last year—with brick-and-mortar distribution limited solely to Texas—his company was acquired by New Jersey-based BevUSA.

Backed by an influx of capital from BevUSA, Nerd Focus is set on becoming a national brand. In addition to Texas, its distribution now includes Nevada, New Jersey, Tennessee and Wisconsin.

In this interview, edited for brevity and clarity, BevUSA CEO Howard Davner talks about how Nerd—now available in about 1,000 stores—gains brick-and-mortar traction and a new sampling partnership with delivery provider goPuff.

CPG FYI: Who is the target audience for Nerd beverages?

CPG FYI: What types of advertising media has Nerd used to generate awareness and trial?

Davner: From a marketing perspective we are doing Facebook, Instagram, TikTok, Google ads, search and billboards. We’re starting to do some radio purely for brand awareness—because it’s very hard to track consumer behavior from a radio ad—and are also looking at local TV ads and OTT.

CPG FYI: How hard is it to get retailers to make room for another beverage brand?

Davner: What we have found is that if you as a company are willing to support the distributors, they’re willing to take you on and sell your brand. What happens is a lot of brands promise support and don’t follow through. In New Jersey, we’re doing radio ads, billboards, digital marketing and a ton of point-of-sale. You just don’t sell through a distributor and walk away.

CPG FYI: Convenience stores are an important channel for Nerd, but many are independently owned. That must be difficult territory.

Davner: Our strategy is we go in with a small first order. We’re confident that the product will move and we help them move the product. Then we follow up within two weeks to see how the product’s moving and look for the reorder. That’s a strategy that’s been working really well in New Jersey. After two months, we’re in 140 stores in Monmouth and Ocean counties.

CPG FYI: goPuff has hundreds of warehouses around the country, many of which are located near college campuses. Is reaching college students the main reason for partnering with the delivery service?

Davner: Pre-COVID, that was their market. Post-COVID, delivery services are in tremendous demand anywhere you go. They now offer a full range of products like your typical convenience store and have expanded their market outside of just college campus to local communities. We’ve committed to a big marketing spend with them and plan to do a huge sampling program that will kick off in May and June.

CPG FYI: How will the sampling work?

Davner: If a consumer buys a product at goPuff that is similar to ours, they will receive one of our cans as a free sample. Because of goPuff’s data and how well they know their consumer, we can pin it down to who likes sugar-free, who likes sugared drinks, caffeinated drinks, energy drinks. With this sampling program, we’re putting the product in front of the right customer.