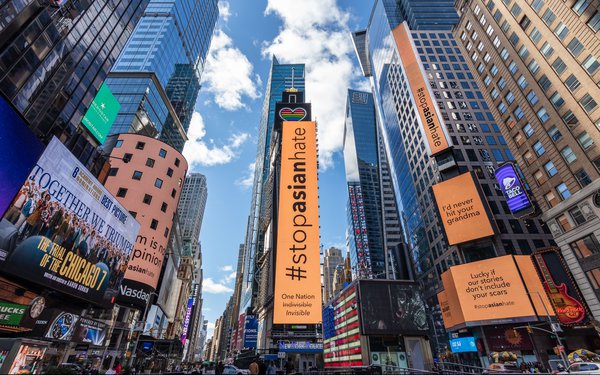 Horizon Media is issuing a call-to-action to advocate against Asian hate crimes in the U.S. and Canada.

The “We Are” campaign is a compilation of personal stories written and told by employees of Horizon East, the Asian-American and Pacific Islanders (AAPI) business resource group within Horizon Media. The messaging directs people to use the #stopAsianhate hashtag to raise further awareness.

“As marketers, we have a responsibility to finally shed light on this awful issue by telling our personal stories,” says Caroline Cook, Senior Vice President of Horizon Media. “We are tired of being dismissed and unheard. This is a conversation that needs to reach and engage the mainstream – to dismantle damaging misconceptions and myths. We have had enough and ask our allies to stand with us and help #StopAsianHate today.”

Horizon has secured placements from more than a dozen media partners, including Clear Channel, Orange Barrel Media, and New Tradition. The campaign first launched last week with OOH placements in Atlanta and Boston. Other billboards as well as OOH vehicles display the straight-forward “Racism is not an opinion” message. An audio PSA, produced by Wordsworth & Booth, captures the stories as told by Horizon East employees. This campaign element will play across iHeart Radio and Westwood One properties, with supporting video, social and digital components further encouraging audiences to follow #StopAsianHate and join the fight. The campaign will continue to roll out across major cities across the U.S. and Canada beginning this week of April 5.