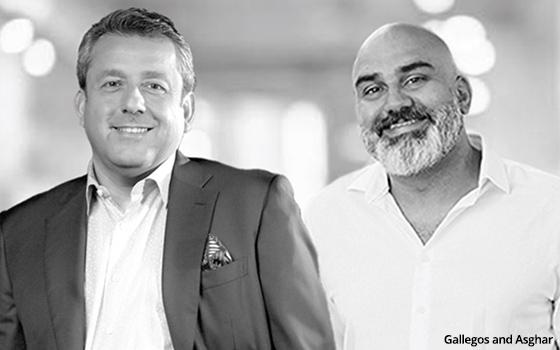 It will operate under the joint leadership of John Gallegos, founder and CEO of Gallegos United and Kamran Asghar, CEO of Crossmedia, bringing together two independent, minority-owned shops.

There will be a dedicated portion of each company’s staff that will work on United-X projects within the existing offices in New York and California, and they will also tap other staffers for certain projects, says Gallegos.

Under the agreement, the two companies will pitch clients together, especially when the project focuses on a multicultural audience. At the same time, Gallegos United and Crossmedia will continue to operate independently of each other outside of this venture.

“The process has been fluid so far, as having media integrated with creative at the onset of a pitch helps the work across the board,” explains Gallegos. “While there haven’t been any conflicts of interest so far, when those do arise, they will be fully transparent with the clients from the onset.”

The agency launches with inaugural clients including SiteOne Landscaping and the California Milk Processing Board (got milk?), along with new unspecified clients.