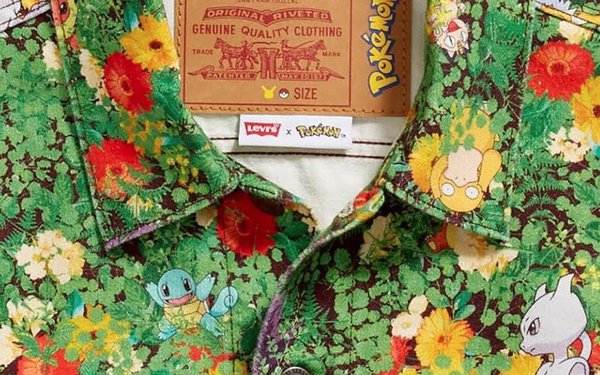 It might seem like a gloomy set of results, with revenue falling 13% at Levi Strauss & Co. But the denim heavyweight says the path to post-pandemic sales is becoming clearer, and it raised its financial forecasts. And while acknowledging that COVID-19 continues to present uncertainty and that new store closures in Europe are having an impact, its executives say consumer demand is now exceeding 2019 levels.

Levi's also announced a new ad campaign called "Buy better, wear longer," launching later this month. It highlights the company's commitment to sustainability, quality and timeless style. It will encourage people to "wear what they love and live with it longer," says Chip Bergh, chief executive officer of Levi Strauss & Co., in a conference call webcast for investors.

The San Francisco-based apparel company says net revenues fell to $1.31 billion, hurt by store closures in Europe and reduced traffic in U.S. stores that are open. Digital sales continue to grow at a blistering rate, up 41%. Online purchases now make up 26% of sales.

The quarter's net income slipped to $143 million, compared to $153 million in the prior period.

These results are better than it initially predicted and ahead of Wall Street forecasts.

It raised estimates for the fiscal first half of 2021 and expects net revenues to grow between 24 and 25%.

Bergh conveyed plenty of optimism on the conference call. "Wholesale is bouncing back faster than expected and faster than the overall results of our brick-and-mortar doors," he says.

In addition to increased demand and progress in the vaccine rollouts, "consumer excitement and optimism is returning in ways it hasn't since well before the pandemic, and we're seeing a denim resurgence as more people are going out. Consumers are eager to shop the brands they trust and love while sticking to the more conscious consumption they embraced during the pandemic."

The company’s direct-to-consumer sales continue to strengthen, and digital efforts, including increased personalization, are paying off, especially among younger consumers.

The results encouraged observers. "We remain very bullish on Levi Strauss & Co.," writes Jay Sole, an analyst who follows the company for UBS and reiterates his "Buy" recommendation after the earnings report. "The market doesn't fully appreciate the positive impact on Levi's future earnings from the combined power of reopening, an emerging denim cycle, brand investments, mix shifts and cost savings."

He also says the company's wholesale margins -- the profits it makes selling through retailers like Target and Amazon -- are improving, as is its potential for increased revenues in Asia.

At Morgan Stanley, Kimberly Greenberger writes that Levi's also stands to gain as consumers begin to go out more, as consumers look for a "wardrobe refresh," and as consumers shift away from staying-at-home clothing and footwear. "Despite short-term COVID-related headwinds, we focus on the revenue and profit rebound opportunity post-vaccine and believe Levi Strauss is one of the companies set to benefit from growing e-commerce sales and cost-cutting initiatives."