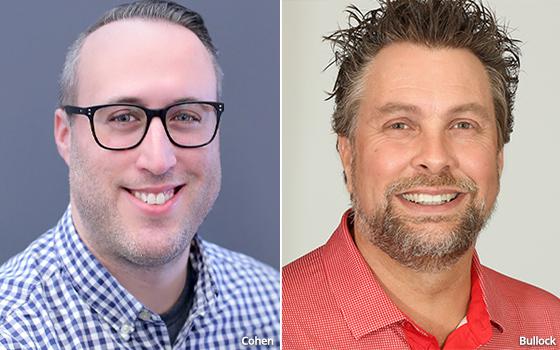 Email is 50 years old this year. Its resilience is so familiar that we don’t even bother joking about the many “Email is Dead” eulogies we have read over those decades. In fact, our April 20-21 Email Insider Summit remains MediaPost’s oldest, most followed event series. Marketing leaders from Rite-Aid, Mondelez, Chipotle, Conde Nast, Fandango, Terminix and more will share what they are bringing forward after pandemic stress tested the email channel as never before. And it will be attended by a coterie of messaging mavens who have been with us for years.

In advance of EIS, this week’s Brand Insider calls on two of those EIS veterans to reflect on how the pandemic and looming changes in digital tracking will bring email back to the center of marketers’ planning. You can hear the entire podcast here.

Chester Bullock is the director of marketing technology at rental property marketplace RentPath. With many years of experience spanning Trendline, Ticketmaster and Merkle, Chester is one of the most experienced authorities in the field.

MP: Email got stress-tested this year. Did we learn anything about weaknesses in the channel?

Cohen: I think organizations learned the power of email and the double-edged sword it can be, because a lot of people probably found out how many email lists they were still on when those emails went out.

It's like people call Black Friday the great unsubscribe time, but then COVID did the same thing. At Purple we held off on doing an email like that because it felt self-serving.

I think that, at a broader scale, the power of email was fully revealed and, to your point, the weaknesses were exposed as well. Like, “what should we be using this channel for?” was really a question that needed to be answered last year.

Bullock: We didn't send out our own little “This is how to manage COVID” kind of email either, because there was no real purpose behind it for us. So instead it was more of an internal struggle to figure out how we were going to evolve our online product, and then work those evolutions into our emails in a very rapid time frame.

The whole rental experience became virtual. We would link directly to property management companies so people could just apply online after they saw a virtual tour that we guided them to.

People going to an office all stopped. So we saw a lot of traffic to the site -- just, in general, people wanting to change their living situation, and by being able to deliver those virtual experiences, it helped everybody. Email took a prominence there because we were able to feature “this property has online applications, this property has real time virtual tours,” etc. And so the organization really started to understand: OK, these guys don't just drive leads, they manage consumer expectation.

Cohen: The change in shopping habits was a huge piece of last year. At first, we were worried [about] who's going to buy a mattress that they can't try out. And people just sort of transitioned over to I’m going to buy it online. And the companies that did well really leaned into messaging on return policies.

Bullock: I agree there's going to be a shift in behavior, and I think it's going to be the mundane tasks that people figure out how to do without having to be there live. So many people are taking advantage of grocery shopping services and things like that.

MP: Focusing on the email channel, did you guys have any big wins, fails or surprises that happened in the last year? What was email able to do for you, and what didn't it do for you?

Cohen: It's amazing what happens when we promote other products besides mattresses, and the email channel really didn't do that until last year. Seat cushions really were kind of -- yeah we have them, but we don't talk about them. But we leaned into it and said: This is an unusual time, upgrade your home office, here's what's in our seat cushions.

The email itself drove traffic like crazy, and then the other channels picked up on it. We tripled average monthly sales in a month after that email went out. I like to say it was the email that launched 1,000 seat cushions. In and of itself it wasn't a big thing, but it started this whole momentum process.

Bullock: We did a lot of what I would call tweaking to our underlying code and how we build emails and the dynamic nature of all that stuff. We enhanced what we were doing, getting some of our wish list features into our emails.

We measure everything by what percentage of leads go to the organization by each channel. The email channel increased contribution by 25% during about a six-month span when we were able to spend a lot of time just really making sure everything was locked down, and we tightened our code.

MP: How does the elimination of browser cookies and Apple’s ID opt-in impact the email channel? Doesn’t it make email addresses even more important as universal identifiers?

Cohen: It's only good for us. I think where that slow shift will happen is like in your paid performance channels, the metrics could potentially change. It could be, rather than just getting a purchase or getting a qualified visit, the email capture becomes a KPI. Rather than just going for purchase, who cares about everything else, the email capture becomes important, and that's a shift that I'm starting to see in my organization, top down, really as well.

The incentives for that capture have become important to end testing and finding out what works for you. That is enticing enough to get them to sign up [and] also a margin positive for your organization. So I've said that email is going to have another renaissance for months now because we're going to be the source of truth on everybody now.

Bullock: Here at RentPath it's driving a bigger interest in making sure we have registered users on the site, because then we can tailor content to those registered users, where we know what they're interested in because they're self-selecting things.

And then that helps us when we're building out content journeys. Now we can just be explicit in our emails: “Hey, is this something that's of interest to you?” We’ll track that down as a preference now, and then we'll be able to deliver relevant messages to you later based on that.

MP: It has to increase the importance of data hygiene.

Bullock: I think for most organizations it should. I think the traditional problem that we've all fought is what's your click rate, what's your open rate, how much have you grown the list? But there was no accountability for what that meant. That would say, OK, so you have to grow by 20%, but also, on top of that, we expect there to be 5% of that group to convert into a sale or convert into a lead or whatever it is. There has to be more intelligent definition of what list growth means from a quality standpoint, [and] also from a contribution to the organization. Are these actually contributing to our bottom line, or is it just weight we're carrying around because we have some crazy metric for growth?

Cohen: I call it a conversion by source of entry. Back in my old university days when I worked at Western Governors University, it was conversion direct to the site versus conversion from affiliate versus conversion from other things. Then, of course, there's your direct to site sign-up for welcomes, which were your best converters. And that's going to be true no matter what. It's going to be a rare channel, or even a rare lead-gen partner, that's going to get anywhere close to that, but the challenge is, it's not just that first purchase, but it's the repeat rate. What's that repeat by source of entry?

MP: What are the main changes in email marketing that come out of this pandemic that you think or hope will stick?

Bullock: For the first time in a while, we're being taken more seriously. We're having the Renaissance. People are seeing the channel for what it truly is, which is still highly customizable, highly trackable, and at a relatively low cost.

The one thing we keep talking about internally at RentPath is [that] we've got this consumer base in front of us.It's cheaper to maintain them than to keep spending what we spend on display ads and everything else, so I think you're going to see more organizations come to that realization, and do a better job of fine-tuning their longer customer journey after that first purchase.

We identify audiences, and then we decide how everyone's going to talk to those audiences and what we're going to message them with. And that mindset shift, it's like turning around an ocean liner -- it takes a while. But shifting to that customer-focused messaging, that cadence, that frequency; it has it has become more important. At the beginning of COVID I think people developed more of a sense of, OK, you've got to really bring some value every time you hit my inbox.

And then training the rest of the organization to recognize that importance. And as the third-party cookies go away and we become reliant on email capture as a KPI, then we become more important as well to the organization. It's like, well, we have to collect all these people now, actually collect them. And then you get into the expectations from the consumer side of, “Well I signed up, what do you got?”