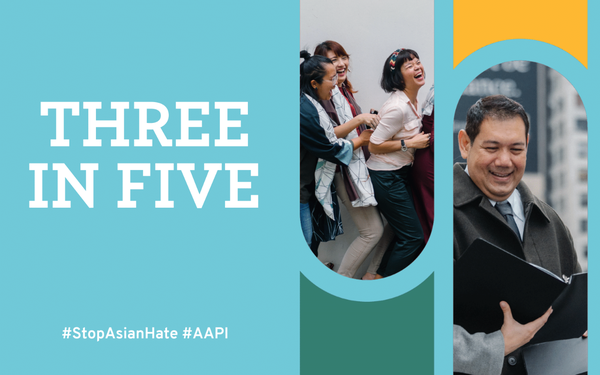 In addition to the rise of anti-Asian hate crimes across the country, there also is a lack of Asian representation in ads and marketing media, per one of the world's largest holding companies.

Omnicom Group is encouraging the creation of PSAs that speak to this under-representation.

While companies should show representation of all groups for altruistic reasons, it makes business sense, according to the holding company, which has more than 5,000 clients in more than 100 countries

Asian Americans and Pacific Islanders (AAPI) represent 5.9% of the population, according to data from the U.S. Census Bureau, and command about $1 trillion of the country’s buying power. The group’s buying power is up 267% since 2000, making them the fastest-growing minority market in the U.S.

When consumers see themselves represented, they’re more likely to pledge their loyalty to a brand or make a purchase, according to marketing experts.

The theme of the Omnicom initiative, Three in Five, is a nod to the statistic in which three in five Asians say they rarely if ever see themselves represented in ads and marketing media. Specifically, 62% of Asian Americans said they “rarely” or “never” see people who look like they do in advertising materials such as TV commercials or sponsored content posts on social media.

Participants have until April 23 to submit their PSAs through a dedicated website, threeinfive.com, which will be live this coming week, for an opportunity for it to run in paid media.

The goal of the initiative is to feature three-plus AAPI stories out of five in the content created.

The winning PSA will be featured in 35-plus media sites starting May 1 to kick off AAPI Heritage Month. Judges including Eric Toda (global head of social marketing at Facebook), Musa Tariq (CMO of GoFundMe) and Daniel Oh (senior vice president, creative director, copy at Marina Maher Communications) will select the winning submission.

The initiative comes on the heels of the heinous crime last month where eight people, including six Asian women, were killed in Atlanta when a man went on a rampage at three spas.

Name-calling, shunning and assault were among the nearly 3,800 hate incidents reported against Asian-Americans and Pacific Islanders nationwide over the last year, according to Stop AAPI Hate.

An analysis of police department statistics has revealed that the United States experienced a significant hike in anti-Asian hate crimes last year across major cities.

Karthick Ramakrishnan, founder and director of demographic data and policy research nonprofit AAPI Data, told NBC Asian America that while the uptick cannot be entirely attributed to the Trump administration’s incendiary, racist rhetoric about the coronavirus, he believes former President Donald Trump’s wielding of the fact that the virus originated in China and repeated elevation of the “China virus” rhetoric did play a part in fostering hate.