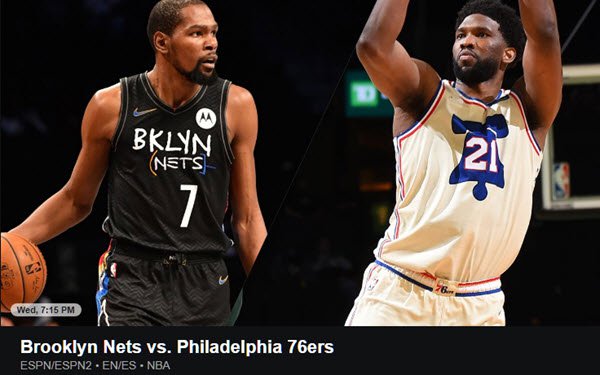 During Wednesday night’s telecast of an NBA match between the Brooklyn Nets and the Philadelphia 76ers, ESPN will introduce an alternate feed geared specifically to the growing number of sports fans engaging in betting as states legalize the activity.

While traditional coverage airs on ESPN’s cable network, wagering types can take in sports-betting analysts’ commentary and view customized graphics via the “Daily Wager Special” feed on ESPN2 and ESPN Plus, reports Variety.

An alternate betting-focused feed, referred to as a “BetCast” by ESPN executives, was previously tested during an NFL Wild Card game.

ESPN has been offering a growing number of “alternate experiences” to accommodate the changing desires of fans of a variety of sports, including wagering. The moves aim to help the network grow its audience at a time when the pandemic has exacerbated declining viewership for many live sports.

ESPN already offers a “Daily Wager” show, and the NBA BetCast will feature some of that show’s analysts, including Doug Kezirian, Joe Fortenbaugh and Tyler Fulghum, along with ESPN NBA analyst Kendrick Perkins, taking a “conversational” approach to coverage, the network said. The dedicated feed will include pre-game and halftime shows highlighting wagering news and developments.

Like other networks diving into sports betting ventures, ESPN believes wagering will be a key engagement and revenue-generating channel going forward. ESPN hopes to expand BetCasts for its NFL coverage, as well as introduce them in other sports coverage.