Why Spyware, Drones And RFID Implants Are No Solution For The Erosion Of Identity Tracking 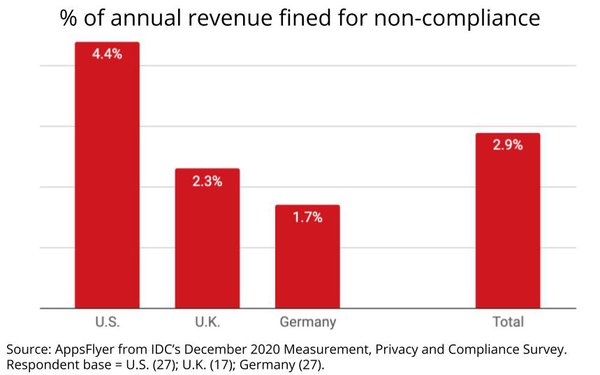 There's a cute cartoon that's been making the rounds in regulatory and consumer data rights circles lately. Unfortunately, I'd be violating licensing rights if I published it. You can link to it here, but let me describe it for you. It depicts a group of ad execs pitching solutions for cookie-less consumer targeting, including using "spyware," "facial recognition drones," "hijacking" consumer's device cameras, and installing RFID chip "implants." When one of the execs suggests simply respecting consumer privacy and scrapping "microtargeting" altogether, the moderator says, "Let's be realistic."

While the deprecation of consumer trackers -- including cookies and various device IDs -- impacts most digital media, mobile ad execs act like it's an existential threat, so I would also suggest to them: Be realistic. There are so many untapped ways to make advertising work better -- both more efficiently and effectively -- and also respect consumer privacy.

But it seems like the digital industrial complex is hooked on people's personal data in a way that's not just unhealthy for individuals, but society overall. The problem is that society has never been less unified -- about almost everything -- than it is now. So it shouldn't be surprising that there also are some big disconnects on how the digital ad industry should respond to measurement and privacy compliance, especially for mobile marketing.

And nothing underscores that better than new research released this week by AppsFlyer. The study, conducted with IDC, shows some marked differences among markets and cultures with Europeans, not surprisingly, being much more compliant, while Americans are, well, much more defiant.

"While the level of concern was high in all three countries," the report notes, referring to the U.S., U.K. and German ad execs that were surveyed, "the reasons behind the concern differed.

"In the United States, advertisers’ top concerns regarding possible consequences of alleged privacy violations were revenue loss, reputation loss with clients and the general public, hampered operations, and being fined (all coming in at 69% top 3 box answers). In the United Kingdom, reputation loss with investors, the general public, and clients was the major concern (71%, 70%, and 69%, respectively), followed by fear of fines (69%). In Germany, reputation loss with clients and investors were the top concerns (64% and 59%, respectively), followed by hampered operations at 56%."

The irony is that the study shows U.S. digital marketers actually have much more exposure than their European counterparts, especially in terms of economic liability. According to the companies interviewed by IDC, the average percentage of annual revenues for Americans being fined for non-compliance was 4.4%, about twice that of the Europeans.

That's quite a punchline.

ad tracking, mobile, privacy, tracking
2 comments about "Why Spyware, Drones And RFID Implants Are No Solution For The Erosion Of Identity Tracking".
Check to receive email when comments are posted.
Read more comments >
Next story loading