Bed Bath & Beyond Bounces Back, Leans Into 'Home, Happier' 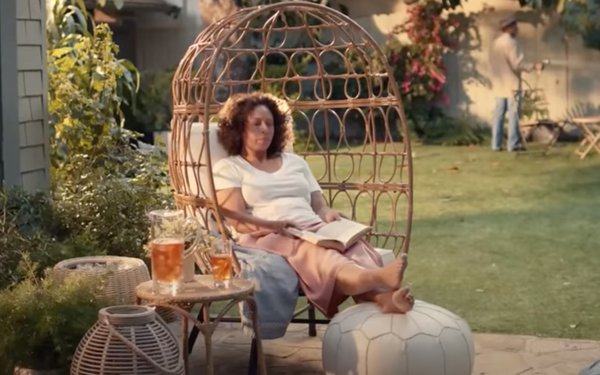 Transformation efforts at Bed Bath & Beyond seem to be gaining traction, surprising observers with better-than-expected results. The retailer says its large "Home, Happier" campaign, launched earlier this week, is the latest in clueing customers into its metamorphosis.

For the fourth quarter of its fiscal year, it cranked out the third consecutive quarter of growth in sales and comparable store sales, which rose 4%. Total revenues fell 16% to $2.62 billion, from $3.11 billion in the year-ago period. And net income rose to $9 million, compared to a loss of $65 million.

Comparable sales at its Bed Bath & Beyond banner increased 6%, with digital sales up 99%, boosted by strength in bedding, bath, kitchen food prep, indoor décor and organization. Those categories, combined, sowed gains of 12% and accounted for about two-thirds of all fourth-quarter transactions.

The company's buybuy BABY banner bounced back to comparable sales growth, with digital up 50% and accounting for two-thirds of that chain's sales.

Those results topped forecasts, writes Peter S. Benedict, who covers the company for Baird. "Similar to prior quarters, robust digital growth, up 86% for the total company and 99% at the core Bed Bath & Beyond flagship, more than offset a decline in store comps (-20%)."

Based on insights that feeling cozier at home makes people happier in general, the Union, New Jersey-based retailer says it wants to help consumers celebrate the role that home plays in their life. Some key findings: About 70% of Americans say home is more important to them now than it has ever been, and 83% agree they think of it as their sanctuary.

"We are reimagining our brand by helping customers unlock the magic in every room," says Cindy Davis, executive vice president and chief brand officer, in the company’s release.