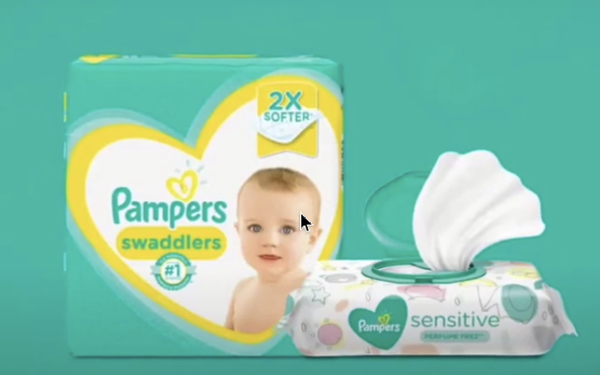 Procter & Gamble, prominent among the consumer packaging goods producers whose products sold well during the pandemic, will raise prices on some consumer products this fall.

The news came during P&G’s Q3 earnings call to analysts, and included price increases in P&G’s baby care items like Pampers diapers, feminine care and incontinence products like Depends and Prevail, based on increased costs for pulp.

“The exact timing and amount of increases vary by brand and sub-brand in the range of mid to high single-digits,” said Andre Schulten, the chief financial officer. “As opportunities allow, we will couple price increases with new product innovations, adding value for consumers. We are analyzing raw material and foreign exchange impacts on other categories and markets, and we are assessing the need for additional pricing moves.”

Though the announced price increases all seem to target paper products, Charmin was not among the brands specifically mentioned. A year ago at this time, pandemic-panicked consumers cleared supermarket shelves of toilet tissue products as consumers hoarded it. Sales are reportedly now down as households deal with the excess.

But P&G increases won’t happen until September, and in the question-and-answer session with reporters, P&G executives seemed to indicate that a price increase on Charmin isn’t in the plans.

P&G sales of household cleaners, paper products and detergent was positively impacted by the pandemic in the past year.

Still, in Q3, “Personal Health Care organic sales were down mid-singles, driven by a very weak cold and, flu season on top of difficult comparisons in the base period," Schulten said. "U.S. sales in the respiratory category were down more than 40% in this March quarter versus last year.”

P&G saw growth in most categories. It said Home Care products were up in percentages by high teens. Oral Care, Hair Care and Skin and Personal Care, were up by high-single percentages, family Care and Grooming up mid-singles. Fabric Care up low-singles. Feminine Care and Baby Care organic sales were down low-to-mid singles.

Singled out for attention was Dawn Powerwash, a new spray-on product for spot-cleaning of dishes. It chalked up around $150 million in sales in its first year, a “significant contributor’  to Dawn’s overall market share growth of over 400 basis points, said Jon Moeller, the vice chairman and chief operating officer.

Last week, P&G announced a 10% dividend, and the company says it expects to pay over $8 billion in dividends in this current fiscal year. It also increased  its plans to repurchase worth between $10 billion-$11 billion.