Verizon Will Allow 5G Users Backstage Views Of The Oscars -- But Who Will View The Oscars? 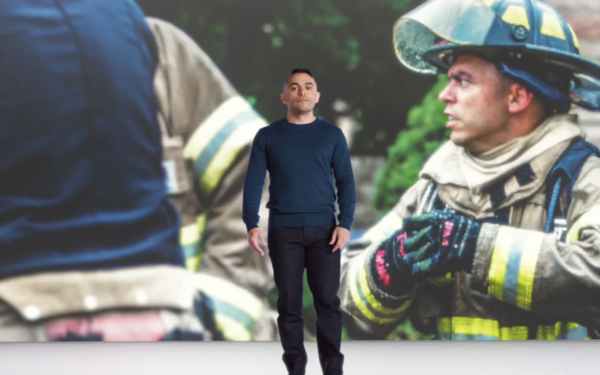 For an Oscars telecast in which it’s likely more moviegoers saw the nominated films on their smartphones than they did in theaters, it makes sense Verizon is making a splash at the awards show Sunday.

Using the Verizon 5G-powered portal (also available to mobile users with 4G too), the wireless carrier is offering near-real-time access to backstage areas, the red carpet and the press room where they can watch winners keep talking after their acceptance speech.

As a quirky add-on, the Verizon 5G experience will include the Oscar engraving station where winners will have their names engraved on their statue.

This year’s Oscars may or may not beat last year’s for viewership, when a record-low 23.6 million tuned in, with viewers (and actors and actresses) kept away by the pandemic. (The year before, 30 million saw the show.)

The situation is not much better in 2021. It’s hard to know how many filmgoers have seen the nominees on their TV sets, tablets or smartphones.

Five of the eight best movie nominees were shown on streaming platforms that don’t announce viewership; the other three were available on video-on-demand services that also don’t disclose viewership. “Promising Young Woman,” the only one of the Best Picture nominees to have debuted in theaters, sold only $6.3 million in box office before it too was released to the video-on-demand market.

The Wall Street Journal reported that in a Guts + Data survey of 3,500 prime-age moviegoers, over 64% hadn’t heard of any of the nominated movies. So for most people, all of that behind-the-scenes action Verizon is touting will be voyeurism purely for the hell of it.

Verizon has also been an Oscars sponsor for the previous three years on ABC, finding it a good place to tell cinematic-styled stories of its own. The 5G portals also reaffirms Verizon’s service, which now reaches 230 million people.

The company created five ads that will appear within the broadcast, one during the red-carpet pre-show, and another one airing in the days leading up the telecast. The commercials feature touching stories from customers recalling how Verizon service helped them keep their lives together during the pandemic. They can make a viewer get teary-eyed.

Though the audience was low last year and might not be much better this year, various published reports say the network has been attempting to sell time for $2 million per 30-second spot. It is still one of the best-viewed programs on TV each season -- though of course it helps if people saw the movies celebrated during the ceremony.