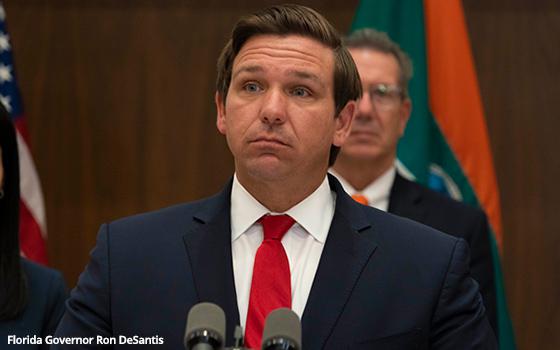 The group  -- which counts Amazon, Google and Facebook among its members -- says the proposed law “missed the mark, and will negatively impact local businesses with needless additional expenses for measures that fail to deliver meaningful privacy protections to consumers.”

In February, Florida Governor Ron DeSantis characterized the privacy legislation as “another important step to safeguard Floridians against the often-unchecked power of 'Big Tech.'”

The version passed last week by the House would require companies to notify consumers about data collection, and give consumers the right to delete data about themselves, as well as to prevent companies from selling or sharing the data.

The House bill would also allow consumers to bring private lawsuits over violations -- a provision vociferously opposed by the Internet Association, Association of National Advertisers and other groups.

The Senate version (SB 1734) currently differs in a few key respects, including that it does not provide for private lawsuits.

The Senate is expected to take up the legislation this week. The Internet Association, Association of National Advertisers and other advertising groups are urging lawmakers to vote down the bill.

The Internet Association argued Friday that the legislation will “levy massive compliance costs that could gut Florida businesses.”

The organization also says the bill hasn't been pending long enough for all affected groups to weigh in.

“SB 1734 was only filed on February 25, 2021, giving stakeholders little time for feedback on the legislation,” the organization stated. “A bill dealing with the complexities around data privacy needs input and consideration from every affected party.”

The major ad industry organizations reiterated their opposition to the bill in a letter sent to Florida lawmakers on Tuesday.

Among other concerns, the ad groups say the Senate version of the bill only gives companies two days to comply with opt-out requests.

“A two-day requirement would not provide businesses with enough time to communicate opt-out requests to various internal systems within the enterprise or enable them to update suppression files to ensure personal information associated with a consumer is not passed on to third parties,” the Association of National Advertisers, American Association of Advertising Agencies, Interactive Advertising Bureau, Network Advertising Initiative and American Advertising Federation wrote.