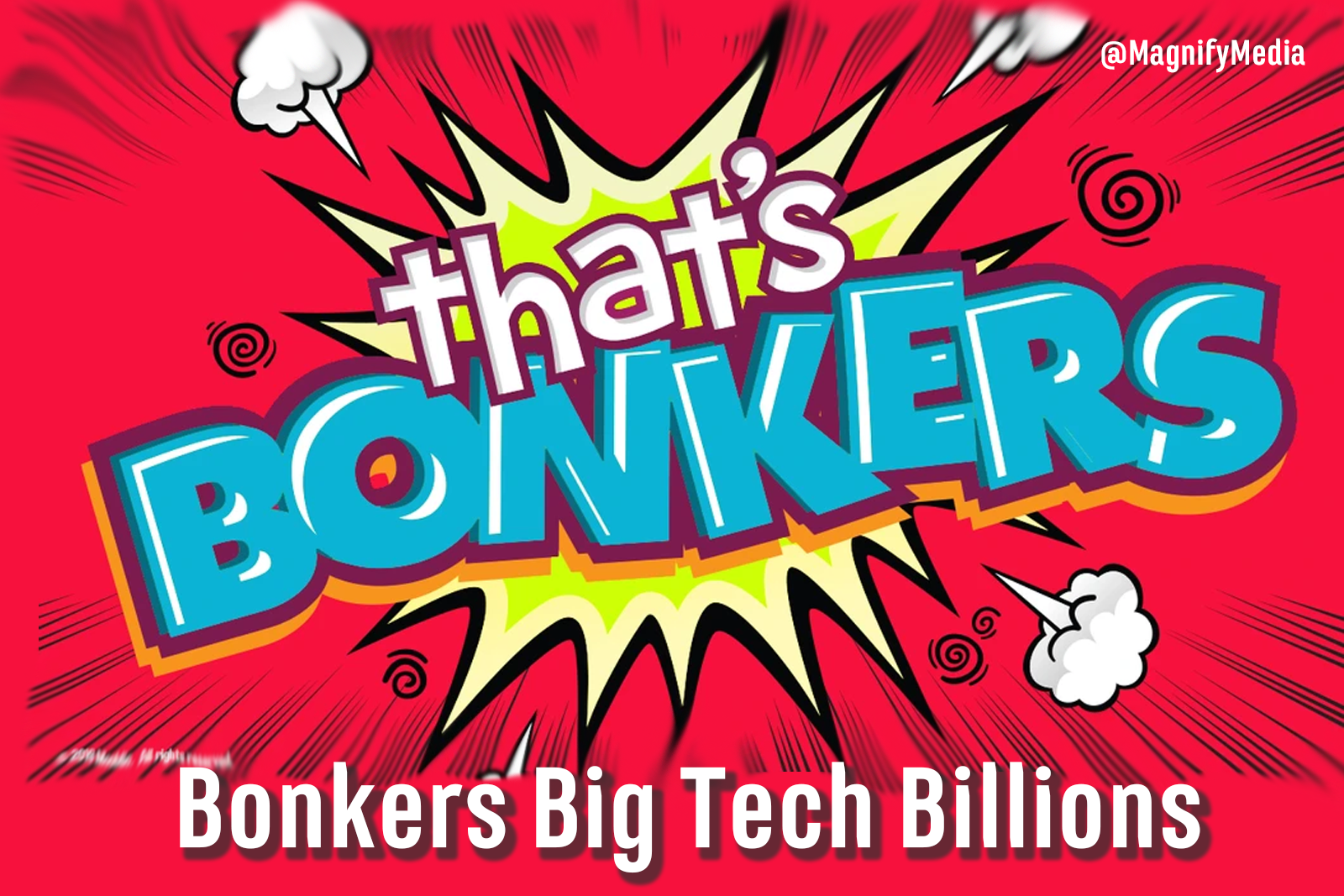 It's not often that The New York Times uses the word bonkers in a headline, but it did the other day. The headline read “‘A Perfect Positive Storm’: Bonkers Dollars for Big Tech.”

Here's what makes this so interesting. We get that the pandemic changed how people are living their lives. They were trapped in their apartments and were ordering more stuff, so you can understand how Amazon, for example, did well. But as the Times reports, the combined revenue of Amazon, Apple, Alphabet, Microsoft and Facebook is about $1.2 trillion -- a 25% increase year-over-year.

Twenty-five percent added -- and not just for Apple or Amazon, but all of them. So the question becomes, how much of this is due to the pandemic -- and how much of this is the new normal? It's a question that matters because if, in fact, the big digital tech companies have collectively eaten 25% more this year than in years past, and they're going to continue to do so, then that means we're talking about a very different economy going forward.

It also changes the playing field in important ways. First, all of the debates in Congress about legislating big tech become much more timely and much harder to defend against when you're sitting on piles of cash. That isn't to say that the big tech companies won't deploy busloads full of lobbyists to try and influence how any legislation comes down. You can already see Facebook doing as much by saying, "we're in favor of legislation as long as it benefits us."

The other looming challenge on the horizon is Biden's multi-trillion-dollar hunger for new revenue in the form of getting big companies -- tech, in particular -- to stop shipping all of their cash overseas, and in the process avoiding U.S. taxes. So if you're a big tech company, the huge year that you just rang up is good news in the near term -- and invites both legislators and the taxman to come calling, bringing the need to defend being massively "bonkers" profitable.

Now certainly, a pandemic is going to be responsible for some of those profits, and the big tech players need to be cautiously optimistic since they know Wall Street expects the endless upward trajectory of profits is gonna be hard to match or beat this year.

But I wouldn't be so sure that next year won't be this good or better. The hybrid office is here to stay, and this year lots of new consumers have learned about work-from-home tech, as well as new ways to move expenses into the online arena. Perhaps most interesting is how much of that new spending revenue went to advertising. In a year, that many thought might be slow, advertising turned out to be critically important, which makes Apple's new battle over tracking and web advertising all the more interesting.

But the point is that this year as difficult as it was, and as many people who are either furloughed or lost their jobs, the big tech players profited mightily -- even as they trimmed expenses for employee travel.

2020 will go down in history as the year big tech bloomed. Now, all we have to do is wait and see how they perform in 2021. Because that's going to mean something significant no matter what the outcome.