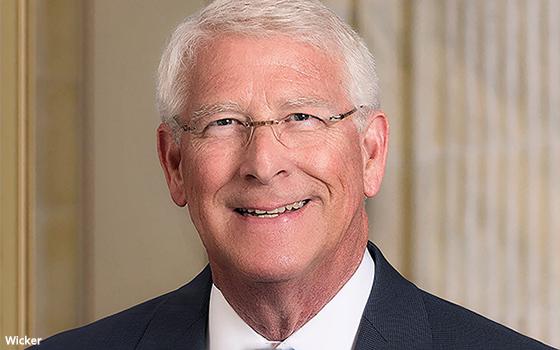 “This decision further illustrates the concentrated control #BigTech exerts over speech and why Congress should act to curb its dominance,” Wicker, the ranking member of the Senate Commerce Committee, stated via the committee Republicans' Twitter account.

Wicker went on to approvingly refer to a recent concurrence by Supreme Court Justice Clarence Thomas, who opined last month that big tech platforms like Facebook and Google could be subject to common carrier regulation -- in which case they could be required to host all lawful speech.

“Justice Thomas’s recent opinion suggesting that powerful online platforms should be treated as common carriers offers a sound basis for legislation that would bring accountability to this industry,” Wicker stated.

“Facebook’s decision to uphold its ban on President Donald Trump is extremely disappointing,” she tweeted.

She added that Facebook's speech policies target conservatives -- a claim frequently repeated by right-wing politicians, despite a lack of empirical evidence.

Facebook suspended Trump's account's on Facebook.com and Instagram shortly after January 6 -- the day an insurrectionist mob of his supporters stormed the U.S. Capitol.

Other social media platforms including Twitter and YouTube also locked the former president out of his accounts, in response to the riot in Washington.

Currently, it seems unlikely that Congress would pass legislation restricting companies' ability to moderate speech, given that Democrats on Capitol Hill have often urged tech platforms to beef up efforts against speech that is offensive but legal.

And on Wednesday, Senator Warner (D-Virginia), not only praised the Facebook Oversight Board's decision, but suggested that Congress should pass legislation that would encourage tech companies to institute more restrictive speech policies.

“While this is a welcome step by Facebook, the reality is that bad actors still have the ability to exploit and weaponize the platform,” Warner stated. “Policymakers ultimately must address the root of these issues, which includes pushing for oversight and effective moderation mechanisms to hold platforms accountable for a business model that spreads real-world harm.”

It's not clear that any laws regarding content moderation -- either forcing tech companies to carry users' speech, or pushing the companies to restrict more material -- would survive a legal challenge, given that many courts have already said web companies have a First Amendment right to decide what to allow on their platforms.