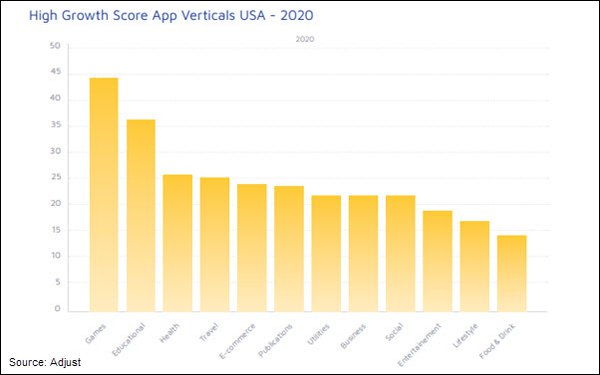 The report, designed to help mobile marketers identify the relative opportunities in international markets, is based on Adjust data from 25,000 apps released on the App and Google Play Stores in 2019 and 2020 combined, across nearly 250 countries and 12 industry verticals.

The company uses its own Growth Score, calculated by dividing total app installs per month by number of monthly active users (MAU) for each vertical and country in the Adjust dataset, to show the rate of growth from installs relative to the MAU base. The more users who install in relation to the MAU, the higher the score — although high scores are sometimes driven by high churn, rather than more users.

Looking at verticals, in the U.S. — as in markets across the world — gaming led the growth last year, as the pandemic’s stay-at-home dynamics heightened demand for entertaining distractions, adding momentum to the already-booming industry.

And with families compelled to educate their kids at home, it’s no surprise that educational apps were also found to have seen strong growth.

The chart above shows the strongest growth verticals in the U.S.

For comparison, here's a chart showing the verticals that saw the most growth worldwide. Adjust notes that on a global basis, every mobile vertical analyzed saw growth, demonstrating “the extraordinary resilience of the app economy.” 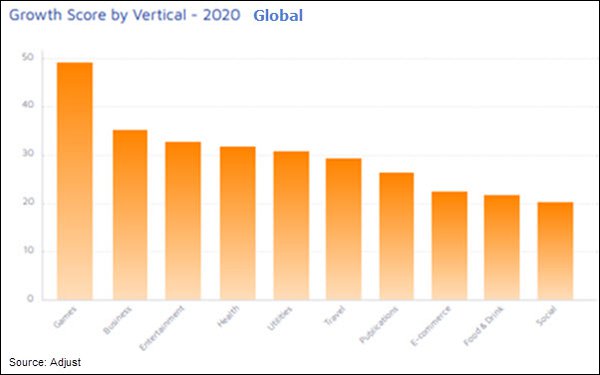 As for overall app growth rates within various regions, here’s a map that supplies a visual summary: 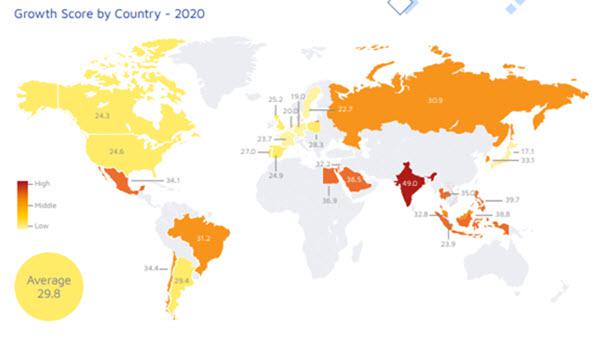 As you can see, APAC, MENA and Latin America saw the strongest growth, and India was the fastest-growing of all. The Philippines, Indonesia and Thailand are also flagged as important areas of marketing opportunity.

Facebook helped support the report, but no Facebook data was used in the analysis, according to Adjust.