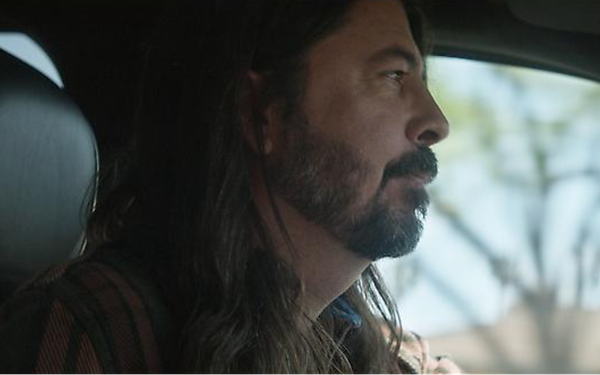 Just in time for Mother’s Day and Father's Day, Stellantis’ Ram Truck brand is teaming with musician Dave Grohl to shine a spotlight on “everyday rock stars” like parents, teachers and coaches.

A 60-second spot “Rock Star” kicks off the campaign across Ram’s social media channels. Grohl does the narration and is featured prominently in the spot in his Ram 1500. A 30-second spot, “Overtime,” is narrated by Grohl, the front man for the Foo Fighters who was also the drummer for the legendary Seattle grunge band, Nirvana. A third spot, “Best Part,” will debut later this month.

The campaign was created in collaboration with Austin, Texas-based agency GSD&M with support from G7 Entertainment Marketing, who brokered the Foo Fighters partnership.

“The story is that the real rock stars are moms and dads and teachers and coaches and all the mentors who are helping to make the next generation the best that they can be," Francois tell Marketing Daily. “That was very personal to Dave because his mom, Virginia, is a school teacher, and he gives her all the credit for making him the person he is today.”

“Rock Star” showcases everyday people helping kids with their struggles, while Grohl is seen driving his Ram 1500 and listing all the ways it takes to overcome obstacles on the path to rock stardom before humbly stating, “bringing out the very best of them, takes the very best of us.” A 30-second version of “Rock Star” will also run across television.

The spots are set to “Making A Fire,” the opening track of the Foo Fighter’s 10th album “Medicine at Midnight,” and will run across TV, digital and Ram’s official YouTube, Facebook, Instagram and Twitter channels.

The relationship between the band and Stellantis began a few years back when Grohl caught wind of the #RamBandVan initiative launched in 2018 that supports up-and-coming musicians, Francois says.

Grohl was intrigued by the initiative and reached out to Stellantis to offer help connecting the company with various bands.

“They really loved the idea that a brand like Ram would be doing this, knowing that when you are a band, it’s exactly what you need,” Francois says. “We obviously jumped at the opportunity to explore all the possibilities [and asked him,] what can we do with you?”

Francois had also been thinking that Grohl and the Foo Fighters would be a good fit for the Jeep brand even before learning that Grohl has an "authentic" connection to Ram.

In the '90s, when the Foo Fighters were starting out, they used a Ram van for gigs. It is featured in "What Drives Us,” a feature-film documentary described by Grohl as his "love letter to every musician that has ever jumped in an old van with their friends and left it all behind for the simple reward of playing music.”

Ram is best known for its country music alliances, like Eric Church, Brothers Osborne, Chris Stapleton and Miranda Lambert, but it’s important that the brand’s marketing not become a “cliche,” Francois says. A third-party measurement tool revealed that among truck buyers, Foo Fighters were the number one favorite, indexing higher than any country musician, he says.