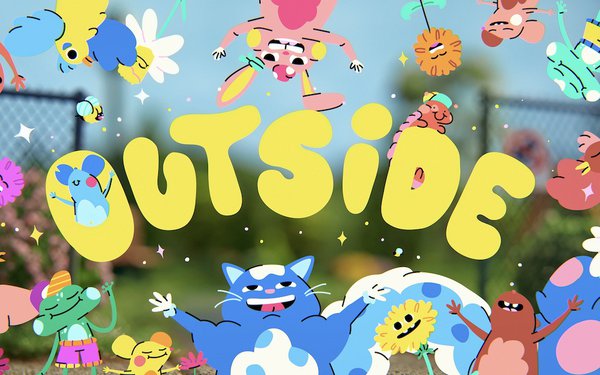 Good luck with that, some parents might say. A Claritin survey finds 57% of parents encourage their kids to go outdoors to play, but almost half say their kids find the great outdoors is a great big bore.

The brand has arranged for an advisory board of experts to come up with fun outdoor activities parents can suggest to their kids. Perhaps ironically, these tips -- or curriculums, as Claritin calls them -- will be included in series of four videos on Instagram and Facebook. Of course, those are major social media platforms where many kids may already be spending some of the time they could instead spend romping around the backyard.

Country music star Thomas Rhett, who just announced his wife is pregnant with their fourth child, is on the board, and also was announced as Claritin’s new spokesman.

An animated two-minute video, now available on YouTube, introduces the Outsideologist. It was created by ATKPLN and produced by creative agency Energy BBDO working with Mophonics, a music production house. They created an earworm-worthy anthem in which little kids eventually prance around, followed by singing caterpillars, birds and other creatures that always hang out outside.

The video starts with a tree beckoning the Ipad-glued kids inside, knocking on the window and singing, “Now I might be biased cause I am a tree/But outside’s the unboringest place you can be.”

"Our survey revealed that kids are happy after playing outside, but the challenge parents face is having the tools to motivate their kids to get outdoors for play time and keep them engaged," said a Claritin spokesperson.

Even prior to the pandemic, which limited outdoor time for many, Americans young and old haven’t been super-active. A study by the Outdoor Foundation released in 2020 found that in 2018  fewer than 20% of Americans “recreated outside at least once a week,” and that they went on one billion fewer outdoor outings in 2018 then they did a decade earlier. Kids went on 15% fewer outings than they did in 2012.

The Claritin survey of parents of children aged 5 through 13 revealed that on average, parents believed their children could only spend 32 minutes outdoors before getting bored.  Half the parents said their kids didn’t have as much imagination as parents did at the same age.

And 70% said if they had all the technological toys that are now available to kids, they wouldn’t have gone outside as much, either.