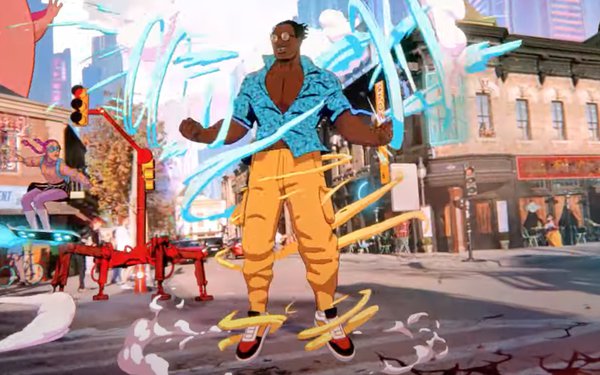 Unilever's Axe thinks Gen Z could use a little more confidence. It's introducing "The New Axe Effect," a campaign that shows just how far young men have come in their attitudes about fragrance.

"Teen guys are increasingly more open-minded and inclusive than past generations. This generation isn't necessarily looking at fragrance thinking about whether it's traditionally 'masculine' or 'feminine,' it is more about what makes them feel their best, gives them confidence and simply appeals to them," she says in an email to Marketing Daily.

She adds that Gen Z guys are clear about wanting to feel cleaner and more confident rather than just spraying on something to cover up odor.

In "The Walk," the latest in the campaign created by the Martin Agency, Axe's upbeat spokesmodel has more on his mind than catching the attention of a nearby female.

True, after cheerfully bopping in and out of animation, he does eventually wind up in the arms of a beautiful young woman. But his fresh-scented confidence also casts a captivating spell on a much older woman, a Vikingesque-window washer, an attentive hotdog vendor and a spellbound poodle.

That's by design. The company says that it wants to appeal to Gen Z's wide-ranging ideas about attraction, reflected in the ads' casting, music and animation elements.

Hedgepeth says the company did see a decrease in body spray use at the beginning of the pandemic. "We're seeing growth as a result of the country slowly and safely starting to reopen," she says. "We're ready to resume the role in sparking attraction that the brand is known for."

Besides the 48-hour High-Definition Refreshing Scent Body Spray featured in the spot, the line also includes 12-hour Refreshing Scent Body Wash, made with 100% plant-based prebiotics, Clear Formula Deodorant Sticks and Anti-Sweat Formula Antiperspirant Sticks. And in a bid to appeal to the most plastic-loathing teens, it's also introducing its first-ever cleansing bar soaps, which also use 100% plant-based cleansers.

The brand is updating all Axe packaging with work from graffiti artist Ben Tallon.

Axe, aimed primarily at men aged 13 to 24 years old, claims to be the biggest-selling men's fragrance in the world.