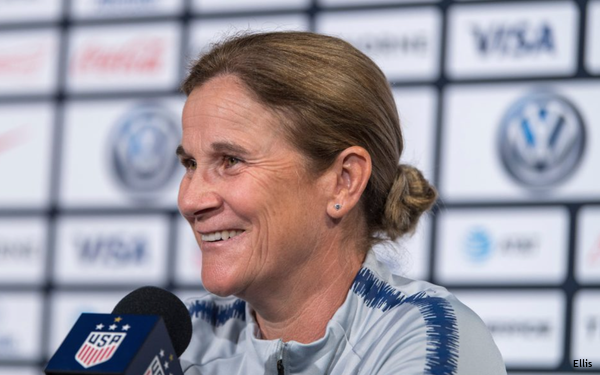 Volkswagen has signed on as the presenting partner of a women’s soccer mentorship program, while Formula E and the Federation Internationale de l’Automobile announced a six-year extension to their collaboration of the FIA Girls on Track program.

The automaker will also direct $150,000 of its U.S. Soccer sponsorship over the next two years to the Jill Ellis Scholarship Fund, which provides financial aid for 50% of the tuition for all female Pro, “A” and “B” License candidates accepted to the program.

In addition, Volkswagen will cover Grassroots License education fees for 50 female candidates, supporting the growth of women in coaching at all levels of the game.

The funds can help U.S. Soccer achieve its goal of doubling the number of elite professional female coaches by 2024.

From the beginning of VW’s collaboration with U.S. Soccer, one of the primary objectives has been to empower women within the sport, says Kimberley Gardiner, senior vice president, marketing, Volkswagen of America.

Volkswagen’s support of these initiatives will help drive a culture shift in coaching by directly targeting the challenges that women face in the industry, she says.

“Media investment across the industry often favors the higher viewership of male sports and VW feels that having branded sponsorships of female teams can help even the playing field,” Gardiner tells Marketing Daily.

Soccer presents a unique marketing opportunity for Volkswagen, she says.

“It introduces Volkswagen to new audiences to broaden our appeal, positions Volkswagen as a proudly American brand, and provides a conquest platform to showcase Volkswagen’s SUVs to families around the U.S.,” Gardiner says. “Soccer aligns with where we want to go as a brand as a provider of SUVs and paving the way for emissions-free mobility for all: as of last year, 32 percent of U.S. soccer fans are more likely to purchase an SUV in the next 12 months than the general population and 32 percent are more likely to have participated in a carpool in the past seven days.”

Volkswagen plans to support a SheChampions video series, showcasing mentor and mentee stories to expand awareness around diversity in coaching and spotlight role models for women in the sport.

Meanwhile, Formula E and the FIA announced a six-year extension to their collaboration of the FIA Girls on Track program, with ABB, Formula E’s title partner, joining the initiative as its first global partner.

This new collaboration aims to increase outreach in key markets and grow the program across new territories.

FIA Girls on Track was launched by the FIA Women in Motorsport commission in 2018 to raise awareness and increase the number of women in motorsport by giving many their first experience in the industry.

The ABB FIA Formula E World Championship has been hosting the grassroots program since its inception, inviting young women ages 8-18 to discover, for free, different aspects of the motorsport industry through activities and workshops promoting inclusivity.