Discovery CEO Lashes Out At Nielsen: 'How Do We Get That Money Back?' 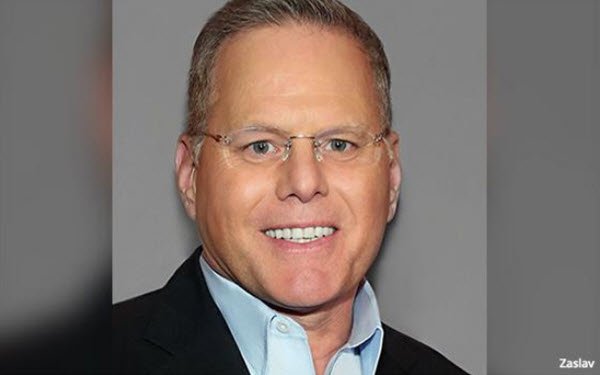 During MoffetNathanson’s media and communications conference on Wednesday, Discovery CEO David Zaslav expressed frustration with Nielsen’s having undercounted television viewers during the pandemic.

“We thought that maybe they were going to get their act together, then we found out that they think they undercounted for a year,” he said. “Now how do we get that money back?”

Zaslav went further, asserting that Nielsen’s ratings were inaccurate prior to the panel complications Nielsen encountered during the pandemic, and suggesting that traditional television’s dependence on Nielsen is a handicap when it comes to competing with the tech giants for advertising.

“You have Google and Facebook, you have these technology companies [that] know exactly who’s watching, exactly who they are and what they’re buying and what they want to read,” Zaslav said. “And we’re dealing with this antiquated system of measurement that advertises love because they can rely on something that fundamentally undercounts all of us. As great as our industry is, we haven’t been able to get Nielsen to get their act together.”

According to a Media Rating Council analysis released this week, Nielsen field agents’ lack of access to Nielsen panel homes during the pandemic caused viewers 18-49 to be “understated” by about 2% to 6% in the Nielsen Total Usage of Television (TUT) metric in February 2021.

Nielsen released a statement saying that it had shared its findings with the MRC and acknowledging that “as a result of some of the Covid measures we implemented, we found there was some understatement of audience estimates. The variance differed by daypart, demographic and program.” Nielsen added that 93% of Nielsen C3 ratings — the average commercial minute rating plus three days of time-shifted viewing for persons 18-49 — resulted in major networks seeing no more than a 0.02 change in rating points. (During its Q1 earnings call, Nielsen reported that reduced workforce costs during the pandemic saved the company $100 million.)

Zaslav offered some updates on the performance of the new Discovery+ streaming service. The service is pulling double the average revenue per user that Discovery realizes through its legacy cable TV distributors, and has had "very high" usage and low churn, he said. Discovery is continuing to develop new deals with third-party distributors, he added.

He also acknowledged that initial marketing for Discovery+, launched in the U.S. on Jan. 4, wasn't always as cost-effective as the company had hoped, but said that that had been expected, given the blitz-like nature of the effort, especially in Q1.

audience measurement, nielsen
2 comments about "Discovery CEO Lashes Out At Nielsen: 'How Do We Get That Money Back?'".
Check to receive email when comments are posted.
Read more comments >
Next story loading