The Marketing Must Be Working: Consumers Give More Consideration To EVs 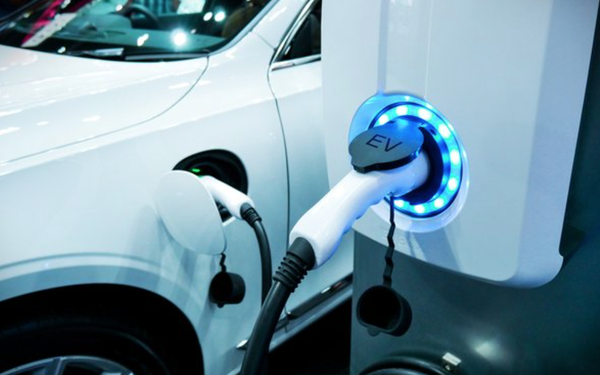 Another study has emerged that says consumers are “more open” to electric vehicles.

That sentiment has doubled since 2018, per the CarGurus Electric Vehicle Sentiment Survey. Tesla is once again the most trusted EV brand, but most shoppers are open to others, per the study.

But the practicality (or lack thereof) for electric vehicles in many parts of the country remains a challenge. Here in Detroit, the infrastructure is definitely an issue. There is a pronounced lack of Level 3 fast chargers in public places, and the ones that are available aren’t cheap.

I encountered this during a test drive with a Nissan Leaf in August 2019. Not much has changed, unfortunately.

During a recent test drive in the Ford Mustang Mach-E, it cost me nearly $20 for 63 minutes of fast charging in downtown Detroit, which yielded a paltry 39 miles of charge. Considering I could fill up my internal combustion engine (ICE) tank in 1/60th of the time that took, it’s definitely a time issue as well as a money issue. I know it’s different in California and perhaps in New York. But in most of the country, it’s still a challenge to make an EV work.

I can’t imagine that both drivers in a two-car household will opt for an EV any time soon. With road trips taking on favor due to the pandemic, having access to an ICE vehicle is more paramount than ever.

But back to the survey. CarGurus analyzed consumer feedback on an array of EV-related topics, including future ownership, how gas prices would impact EV consideration, opinions of EV brands and overall purchase preferences. The survey of 1,097 U.S. automobile owners was conducted in February 2021. Respondents were balanced in terms of key demographics (gender, region, income) in alignment with the U.S. census. CarGurus also surveyed owners in 2019 (n= 1,702) and 2018 (n=1,279) for earlier iterations of this benchmarking study.

When asked how likely they were to own an electric vehicle within the next five years, 30% of respondents noted that they were probably or definitely going to do so — a number that has doubled since 2018.

Even though EV interest has surged over the past few years, there are still many consumers who would not yet consider owning one. In the study, 65% of respondents noted that more charging stations in their area would be effective in convincing them to buy an EV, followed closely by the ability to find replacement parts and batteries (62%).

In previous years, Tesla earned top status as the most trusted company to make electric vehicles, and that trend continued, with 36% of respondents in this most recent study putting their faith in the company to develop EVs. However, Tesla's leading status is vulnerable, with almost 80% of those planning to buy TVs agreeing they’re open to several brands, per CarGurus.

Tesla’s lead is tight when looking at those shoppers that plan on owning an electric vehicle in the next 10 years. While 57% are likely to consider purchasing from Tesla, Toyota (52%) and Honda (45%) are closing in on Tesla’s lead. However, when comparing recently launched models, Tesla’s Cybertruck has an early advantage in consumer consideration when compared to Ford’s F-150 EV and Hummer’s EV, with 31% of total respondents considering it as a vehicle, compared with 28% and 16%, respectively, for the other brands.

While the survey yields some interesting information, when push comes to shove, the automakers and the infrastructure still have a considerable ways to go to make EVs truly palatable for the masses.