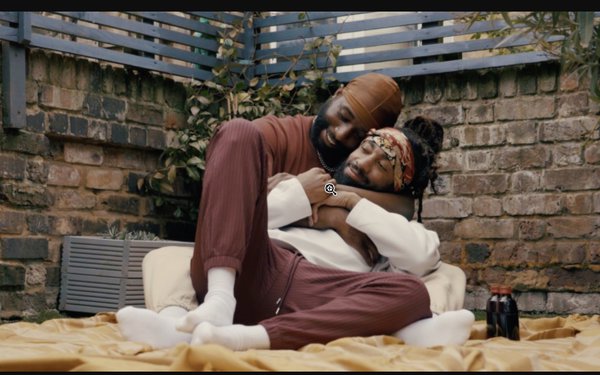 Still from a video by Sannchia Gaston.

Consumers don’t recognize it, but a lot of the video they see in commercials come from stock video companies with vast libraries of places and people. “You never notice it, but it’s always there. Stock video is the secret weapon of ‘creatives’ everywhere,” says Sydney Carlton.

She’s the senior director of brands and creative at Storyblocks, the stock source that has thrived with its subscription model for stock video. Last year it started ReStock, aimed at creating realistic stock videos of people of color.

On Monday, it expanded that effort with the launch of Queer Spaces and Faces, aimed at finding and distributing real images of LGBTQ communities, taken by community members.

It’s the authenticity of those video scenes that will make Queer Spaces and Faces a new spin on the subject, according to Storyblocks.

The perception might be that existing LGBTQ images already come from people in those communities -- but “they do not,” Carlton says. “A lot of our content comes from shooters in Eastern Europe. Overall, shooting stock video is a more popular industry, a more known industry over there. The videos often aren’t coming from diverse sources.”

Storyblocks sought out six videographers of different sexual orientations, and their realistic videos -- more than 300 of them for starters -- are the first in the Queer Spaces and Faces library. “We want to start to widen the pipeline,” says Ben Abraham, the company's senior brand manager.

Carlton says ad agencies are eager for a video source like this. “They’re yelling for that from us,” she says. “The real challenge is to get the broad range of communities represented.”

Abraham adds, ”All communities have the capability of being stereotyped. We want to show the many layers of the onion.”

Queer Spaces and Places was announced just a week after Procter & Gamble teamed with GLAAD to start The Visibility Project, to “drive and to sustain LGBTQ inclusion in ads and marketing”  and to increase, ”brands and ad agencies working to advance LGBTQ inclusion in ads.” The giant CPG company committed to spending $1 million over three years to encourage advertisers and agencies to ramp up.