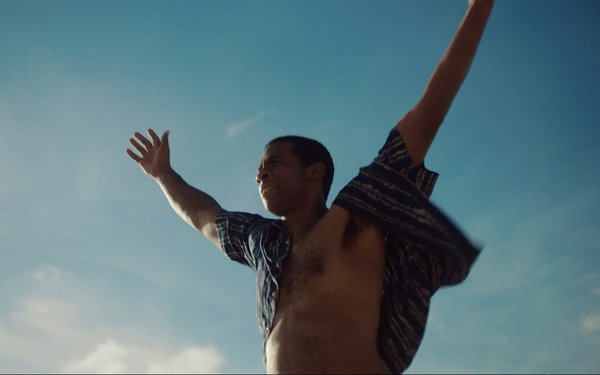 When it comes to armpits, men are continually baffled. Harry’s is well aware of the problem, and is launching a new ad, reassuring guys to go “Wings Up” as they gain confidence they’ve chosen the right deodorant product.

Harry’s has launched a line targeting light, medium and heavy sweat-ers. “Guys are confused about the difference between deodorant, antiperspirant and clinical,” says Jaime Crespo, Harry’s general manager, in an email interview.

“More importantly, our guys are tired of using the same scent they’ve been using since high school. They have evolved in life, and want products that have elevated scents like our stone, redwood or fig.”

He tells Marketing Daily that over the years, the company has heard from hundreds of men asking for new deodorant products. “One of our key differentiators as a digitally native brand is having exceptionally close customer relationships,” he says. “We’ve been able to gather novel insights that allow us to not only launch new products but improve upon existing ones in the category.”

The ads, created by Mythology, hinge on the predictable: People worried about odor and sweat are afraid to raise their hands. “We decided to showcase the insecurity that everyone can relate to … but in a fun and cheeky, Harry’s kind of way,” says Crespo.

The ads follow guys timidly raising their hands in tough situations “to newfound confidence that allows them to go through life with their wings up, a belief close to Harry’s,” he adds.

Crespo says the launch keys in on a concept core to Harry’s overall “Harry’s is not the same” positioning. “We recognize that our customers are not the same. They’re independent thinkers who don’t accept the status quo. And we understand that all guys don’t sweat the same due to differences in body chemistry and daily activities.”

Ads are running in 60-, 30- and 15-second versions on linear TV, OTT streaming platforms, and in social media, including Instagram and TikTok.