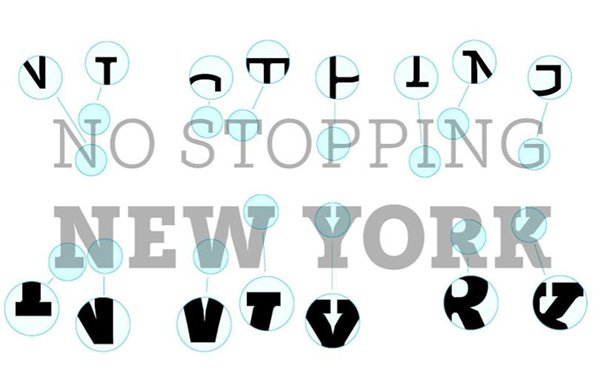 The Mayor’s Office of New York and agency partner SS+K are introducing the “No Stopping New York” campaign to rally residents and make them excited about the future of the city.

The paid media for the campaign is designed to blanket the city, from TV and digital advertising to large OOH coverage.  Messaging will focus on key elements of New York life, ranging from street life to small businesses and restaurants as well as advances in medicine and public health.

“The heroes of our campaign are the eight million people of New York. And in every out-of-home board they are shown in motion, breaking past the boundary of the text, overlapping the letters and passing between them,” says Stevie Archer, executive creative director, SS+K. “Because that’s just what New Yorkers do. We keep working, living, and creating no matter what.”

Concurrently, The Central Park Conservancy and agency partner Pereira O’Dell are showcasing Central Park with the #MyCentralPark call-to-action to donate.

The campaign is designed to capture the attention of New Yorkers by tapping into the star power of famous New Yorkers promoting their favorite part of the Park. This includes Whoopi Goldberg hailing the Bethesda Foundation, Hank Azaria discussing the Great Lawn and Kristen Bell pontificating about a Central Park bench.

In addition, Pentagram led the charge on a signage refresh throughout the Park. This includes developing 22 unique kiosks with location-specific messaging that detail how different parts of the park need the public’s help.

The campaign runs through the summer primarily through connected TV and online video, streaming audio, digital banners and paid social videos and posts.

“There are few institutions that represent the stories of New York City quite like the iconic Central Park,” says Mona Gonzalez, managing director, Pereira O’Dell. “It's captured in our personal lives, in culture, in history. It's been an incredible journey seeing and sharing how deeply the Central Park Conservancy cares for the Park through their efforts to keep it vibrant and full of life, even in the toughest of times.”