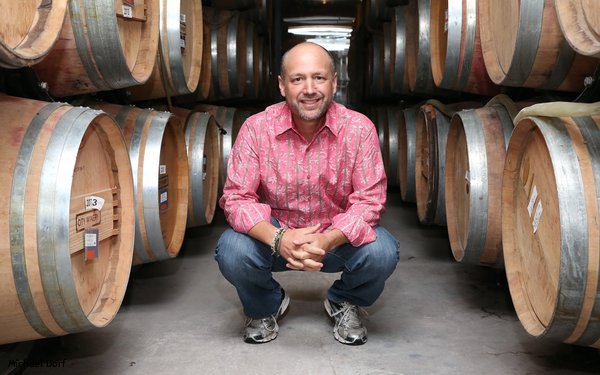 “Being 100% fully vaccinated is the new gold standard for safe, comfortable hospitality,” declared Michael Dorf, founder and CEO of City Winery, during a wide-ranging talk with Marketing Daily.

Dorf has spent the past year navigating the murky waters of ever-changing COVID rules covering his 12 live entertainment/winery/restaurant venues in eight different markets.

A major breakthrough will come next week when Dorf’s flagship -- and brand-new -- venue in New York City is expected to finally welcome its full capacity of 150 indoors/500 outdoors. Boston will also go to full capacity on May 29.

To be seated, everyone must show evidence of COVID vaccination or a recent negative COVIDS test. The chain is asking everyone to download the Clear Health app, which Dorf called “a quick, seamless way to put in all your info.”

Currently, the New York City venue is operating at 75% capacity, with masks required except at tables, thanks to the !00% vaccination/negative test requirement.

And, with the situation changing almost daily, here’s how City Winery was operating in several of its other locations as of Thursday:

The confusion was compounded over the past year by not just different rules by site, but by politics. In Atlanta and Nashville, whose states have Republican governors, Dorf divulged that pushback started coming from both landlords and customers before last November’s election, with them complaining that “everything else is reopening.”

But Dorf held his ground. “That’s not who we are…. We were fighting the norm -- the instinct to make money. We were trying to survive as a business, and do the right thing for customers, staff and artists.”

Now, not only dining but also entertainment has started coming back, but more quickly in such locations as New York and Nashville than elsewhere.  Those cities, Dorf explained, have very large local music scenes, making it fairly easy to book acts. In other place, though, acts must be booked a month or two in advance, and “for the past six weeks, it’s been an issue as to who wants to travel.” He expects this issue to fade soon, but it’s one of the reason why the Washington, D.C. venue won’t be reopening until June.

City Winery helped keep its live music going during the pandemic by starting a streaming service, CWTV.  While it only generated “minimal revenues,” Dorf said CWTV will continue “when the artists let us. It’s a nice extra piece of revenue for them.”

“Most of our live experiences are selling out,” he added.

City Winery had one bright spot during the pandemic, Dorf noted. While early experiments with to-go food fizzled, (dining is not the chain’s main draw), “we increased our direct-to-consumer wine business.” But, he added, “the decrease in total volume was significant.” “We started bottling more wine. Most wine sales before the pandemic were by the glass, on tap. We sold 100 more bottles per day, but we were selling ten times more than that by the glass on site.”

Dorf said wine prices have had to increase, but only because the cost of getting grapes from California to New York City has almost doubled since COVID, because of fewer truckers on the road.