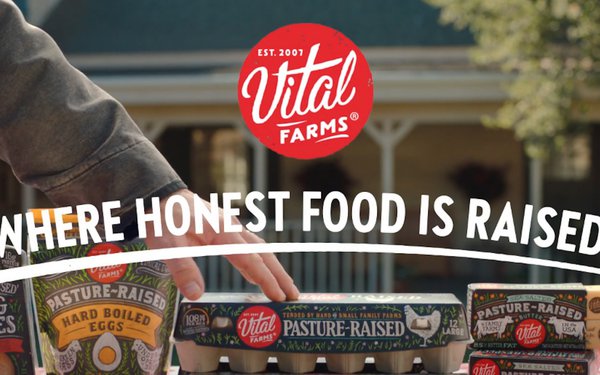 Nine people filed a class-action lawsuit last week against Texas-based Vital Farms Inc., alleging the company makes false and misleading claims about how it treats the hens that produce its eggs.

The People For The Ethical Treatment Of Animals Foundation helped the plaintiffs file their suit in Texas federal court on behalf of consumers who “have been tricked into paying an unjustifiably high premium” for Vital’s eggs.

According to the suit, that premium can be “up to seven times the price of ordinary store-bought eggs.”

Among other allegations, the plaintiffs claim that Vital “removes or permits the removal of the tips of hens’ highly sensitive beaks” and “confines hens in conditions that cause them to spend most of their time indoors” and not in a pasture.

Vital’s website states that its eggs are “Pasture-Raised. Bullsh*t Free. When we say our eggs are Pasture-Raised, we’re talking about real, green pastures.”

According to the suit, Vital’s hens have access to pastures through door slots but “many hens rarely—if ever—venture outdoors, and instead spend most of their time indoors in crowded stationery barns.”

The plaintiffs claim that Vital’s advertising has been designed to appeal to consumers “who believe in and would pay super-premium prices for food that is the result of humanely and ethically treated farmed animals, including all chickens.”

As previously reported, Vital launched a new campaign in January called “Where Honest Food Is Raised.” Featuring local farms and personalities, it puts sustainability and transparent farming practices front and center as the new tagline for all of the company’s products.

In a statement emailed to Marketing Daily, Vital said it’s “always been known” for transparency and honesty.

“We believe our practices and those of our family farm partners are ethical and humane and intend to vigorously defend ourselves in the lawsuit.”

The company’s animal welfare practices are independently audited by Certified Humane “and certain retailers” while its organic farms are audited by “Oregon Tilth and Bioagricert according to USDA National Organic Program (NOP) standards,” the statement reads.

Vital uses infrared technology to dull hens’ tips so they don’t “hurt themselves or one another” and provides them with “a meaningfully better life than the confinement they would face in the industrialized food system,” according to the statement.

They are seeking a jury trial and permanent injunctive relief “to prohibit Defendants from continuing to engage in the unlawful acts, omissions and practices” alleged in their suit.

In addition, they want “compensatory, consequential and general damages” in an amount to be determined in court.