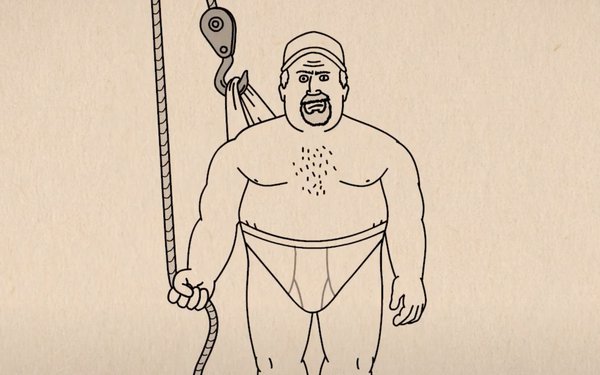 The National Retail Federation predicts that spending this Father’s Day will hit a record high this year, at $20.1 billion. That’s up from $17 billion a year ago.

Americans are feeling a little sentimental about dad, and looking to make up for last year when strict social distancing practices meant fewer people could see the old man in person.

The annual survey, conducted by Prosper Insight & Analytics and based on 7,900 consumers, found that about 75% of its respondents plan to celebrate fathers, husbands or other men in their lives. Half plan to buy gifts for their father, while 26% intend to buy something for a husband. About 11% intend to purchase a gift for a son.

Average spending is highest among those in the 35-44 age group, who expect to shell out an average of $259 for gifts, a $49 increase from last year.

Clothing is the most common gift people choose, at 49%, and Duluth Trading Co. hopes people think that manly underpants are the way to go. The Mt. Horeb, Wisconsin-based company is rolling out a new campaign for Buck Naked underwear. In a tribute to the hairy cartoon character that’s become a fixture in its ads, new creative watches him undergo a new gauntlet of discomfort. AOR Planet Propaganda created the mash-up ads, which are running in both 30 and 15-second versions on streaming TV and digital.

Taking dad out for a meal or an event is back on the table, named by 46% as a plan -- about the same as before the pandemic. National brands that range from Ruth’s Chris Steak House to Applebee’s Grill + Bar are offering special promotions. With Major League Baseball back to normal and playing a full schedule, special baseball-branded Father’s Day apparel is on sale.

And booze is an ever-beloved choice. Actor Nick Offerman is back for Lagavulin, revealing the Lagavulin Offerman Edition:Guinness Cask Finish. He’s been starring in "Lagavulin: My Tales of Whisky" since 2014. And in this year’s version, Nick sets off an journey to create a Father's Day gift that will win his dad’s approval: a limited-edition 11-year-old Lagavulin, which has been aged for four months in former Guinness Beer casks.